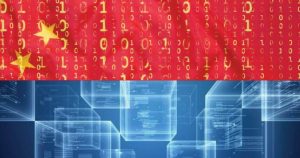 China has been well known for its wayward stance towards cryptos. While there were rumors that China will adopt crypto when China passed the cryptographic law, however, the reality is far from true. On the other hand, China’s blockchain initiatives suggest that it is bringing banking-grade security to blockchain and earnestly working on regulating blockchain. Here is a look at China’s different blockchain initiatives.

In a recent development, China’s eastern city of Hangzhou has completed the construction and test run of its  “Government Service Chain”, the first blockchain-powered underlying system for government affairs. The initiative has been technically supported by local blockchain project Bytom. The system offers top-notch security with Bystack’s one-mainchain + multi-sidechain architecture and has initially set up four blockchain nodes.

As a matter of fact, the test run started in May and more than 3 million blocks have been generated in the past 6 months. The generated blocks have powered many application scenarios.

The construction of the system is also an indicator that in the future there will be independent and controllable blockchains that will be supporting multiple government affairs and blockchain scenarios.

Contrary to POC (Proof of Concept) product, the Government Service Chain was released after six months of test run and a bunch of research work, which will make progress with the blockchain plus government services model and serve the people with better e-government experience.

Residents need to undergo identity authentication for conducting business with authority bodies. Going forward, the identity information will also be synchronized into the Government Service Chain, so that residents’ identity information can have more validity period and wider application scope. Furthermore, the need for going back forth between superior departments will be eliminated. Also, in the future, as more departments become a part of the chain, it will increasingly become easy to coordinate government affairs across departments, cities, and provinces.

Yifei Fan, PBoC Vice President at the National Technical Committee recently spoke that the bank aims to enhance the implementation of new technologies across the financial industry. Interestingly, blockchain is also on the list. Some of these include cloud services and artificial intelligence.

“The financial industry either lacks the standards or needs to update the existing standards. The current regulations for financial services are not clear and strong enough to guide high-quality developments in the industry.”

Interestingly, the statement comes after two other industry standards were created by the government. One for registering all new blockchain projects and 11 fintech product categories for digital payments.

Alibaba Group’s Ant Financial, the Chinese online payment firm is said to be applying for a digital banking license in Singapore. Furthermore, the Monetary Authority of Singapore will be issuing up to five new digital bank licenses. These further include non-bank players. This will authorize operators to provide a range of financial services and take deposits from retail customers with the full digital bank license.

Furthermore, the rule has asked the applicants to submit their applications by December 31, after which MAS expects to announce successful applicants in mid-2020.

Shanghai officials are all set to inspect local crypto exchanges. Furthermore, China’s crackdown on social media platform Weibo, prohibiting the publishing of any posts using “Blockchain and Crypto Trading” at the same time is enough to surmise that the certainty around crypto in China is not near and will take a long time.

Not only this mixture of odds has another twist to it, in another case China is planning to reward its soldiers in cryptos. Blockchain-based tokens will be given to soldiers scoring high marks from teachers in their training period. Furthermore, soldiers can also gain crypto rewards when they complete certain tasks or excel in their field.

In a recent interview with Luke Martin, Dovey Wan, the founder of Primitive Crypto, mentioned that it is highly likely that in the near future, all liquidity channels including OTC desks and exchanges get nationalized. She said,

“There is a possibility in the very near future, that all liquidity channels including OTC desks and exchanges are gonna be nationalized. They (Chinese government) can impact the liquidity and dApps.”

Furthermore, there were discussions on the possible advantages of a digital Renminbi. On this, Wan commented that it “it will highly centralize the monetary power back to PBoC.” She also mentioned that it will help curb China’s “shadow banking problem,” which amounts to $10 trillion in assets. As a matter of fact, while the digital RMB intends to be a direct replacement for China’s fiat, it will eliminate the privacy offered by the traditional currency and will be recorded on China’s centralized ledger.

In a recent development, the Shanghai Financial Stability Joint Conference Office and the Shanghai Headquarters of the People’s Bank of China are set to clamp down on crypto trading. They will be actively monitoring virtual currency business activities within the jurisdiction. Once it is discovered, it will be disposed of immediately, and it will be prevented from happening early. The announcement further states,

Once it is discovered, it will be disposed of immediately, and it will be prevented from happening early. Investors should be careful not to mix blockchain technology with virtual currency. There are multiple risks in virtual currency issuance financing and trading, including false asset risk, business failure risk, investment speculation risk, etc. Investors should enhance their risk prevention awareness and beware of being fooled.

Also, if investors discover various forms of virtual currency business activities and organizations or individuals they may report to the regulatory authorities. Citizens suspected of committing crimes may be sent to the public security.

The post China Bringing Bank-Grade Regulation to Blockchain But It Is Not Ready to Embrace Crypto appeared first on Coingape.