Chamath Palihapitiya, Weighs In On Paul Tudor Owning BTC: “Nothing Uncorrelated As BTC” 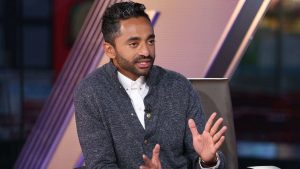 After blasting the current U.S. government bailouts on the big corporations and hedge funds, Social Capital CEO and Golden State Warriors owner, Chamath Palihapitiya, agreed with Paul Tudor Jones move to own Bitcoin due to the current “massive deflationary spiral”.

Bitcoin’s halving is barely a day in and the sentiments on the market are rightly bullish. Paul Tudor spoke to CNBC’s Squawk Box, on Monday stating he owns about 1 to 2 percent of his assets in Bitcoin (BTC) as a diversification asset. Now Chamath, says the billionaire hedge fund manager looks at BTC given its totally uncorrelated nature to the traditional financial world.

Furthermore, the current global monetary expansion gives a clear opportunity in Bitcoin as a store of value. Chamath spoke to CNBC,

“Now you are seeing different lines of thought converging. When you have people like Paul Tudor [Jones], a sophisticated market participant, who does not come from that perspective, because he held probably gold.”

Bitcoin’s successful third halving on May 11th, whereby the supply rate fell by 50% from 12.5 BTC per block to 6.25 BTC per block, makes a case for BTC as a store of value. Currently the annual supply rate of BTC at 1.8% measures well against Gold on the stock to flow charts giving the digital asset appeal of value.

The increasing institutional and billionaire interest in Bitcoin makes a bullish case for the coin. Moreover, Chamath believes we are currently in a “massive deflationary spiral” hence the need for a hedge. He said,

“Now all of a sudden he is looking at Bitcoin and the reason is because we are in a massive deflationary spiral. And you have to figure out how to protect yourself.”

Bitcoin is the most “uncorrelated” asset

Despite the current price fluctuations on BTC’s price, its value growth over the past decade has been nothing but exceptional. According to Chamath, Bitcoin’s characteristics make it the most uncorrelated asset to traditional financial assets which should be a part of everyone’s portfolio. He concluded,

“It is important that we have a hedge, a non-correlated hedge and I still struggle to find anything that is as uncorrelated to anything else and to everything else than Bitcoin.”

With Bitcoin balancing off at $9000 levels currently, will the cryptocurrency be able to maintain its status as a store of value through to its next halving?