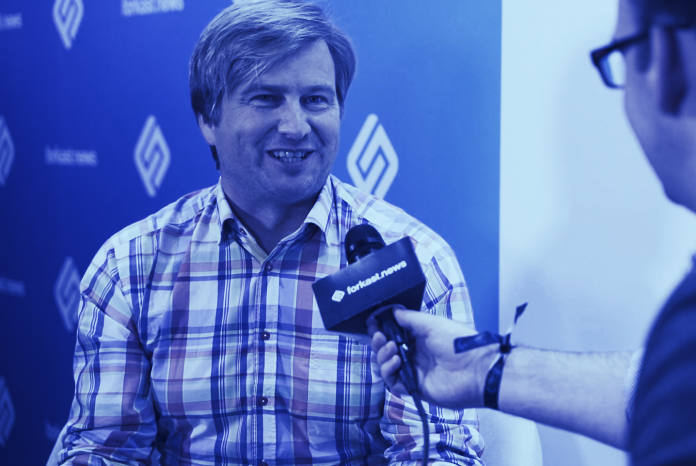 As demand for industry-disrupting low-cost money transfers continues, TransferWise, a challenger bank founded by Skype alumnus, announced Wednesday that it had closed a $319 million round led by Lone Pine Capital.

“There’s lots of talk about unicorns, but in reality, we’re building something even rarer. TransferWise is a fast-growing, profitable business, guided by a mission to build the best way to move money in the world – instant, convenient, transparent and eventually free,” TransferWise CEO Kristo Käärmann said in a statement.

“We’ve been funded exclusively by our customers for the last few years and we didn’t need to raise external funding for the company. This secondary round provides an opportunity for new investors to come in, alongside rewarding the investors and employees who’ve helped us succeed so far.”

TransferWise reports that it serves 8 million customers worldwide, processing around $5.1 billion in cross-border payments each month, across 2,500 payment rails and 54 currencies. In June, the company said it has received permission from the UK’s Financial Conduct Authority to offer retail investment services in Britain with a planned 2021 launch. It’s also used by cryptocurrency holders to buy and sell currencies like Bitcoin.

“TransferWise has built an exceptional platform within the cross-border payments ecosystem by maintaining an unwavering focus on its customers and constantly innovating,” says Teddy Gleser, Partner, D1 Capital Partners.

The Covid-19 global pandemic has accelerated investor interest in Challenger banks, according to insights from Crunchbase, as the world looks for an alternative to germ-ridden cash. In the United Kingdom, for instance, lockdowns and fears of Covid-19 transmission meant that ATM transaction volumes fell around 60% on average.

According to Crunchbase, the FinTech industry has closed $5.6 billion in funding during the last 90 days; approximately $1.8 billion was for payments companies specifically. Per Crunchbase, funding rounds have been largely split between Seed and Series-A funding. Revolut, a direct competitor to TransferWise, closed an $80 million Series D round earlier this month with a valuation of $5.4 billion bringing its total funds raised to $916 million.

Despite investor sentiment, some analysts believe that the industry is slowing as its still exposed to broader macroeconomic challenges. In a recent note, investment bank Jeffries posed the question: “Will Corona Kill the Digital-Only Challenger?”.

Citing SimilarWeb data and its own analytics from JefData the report shows that banking app market share by installation rates and customer engagement has actually been shifting away from challenger banks and over to incumbents throughout the pandemic period.

“Large incumbent banks have shown an improvement in install rates as well as share of app downloads since the onset of the coronavirus and the associated lockdown,” the analysts write. “The open rate (i.e., the percentage of the installed base opening the app daily) – our preferred yardstick for customer engagement – continues to indicate that digital-only offerings have less engaged customers than those with multi-channel offerings.”

This follows a report from FinExtra in April that cited massive drops in download rates for challenger bank apps Revolut and Monzo. An analyst note cited by FinExtra from Rosenblatt Securities said that “a protracted downturn could wipe $76 billion of Unicorn market value and spur a wave of M&A activity in the sector.