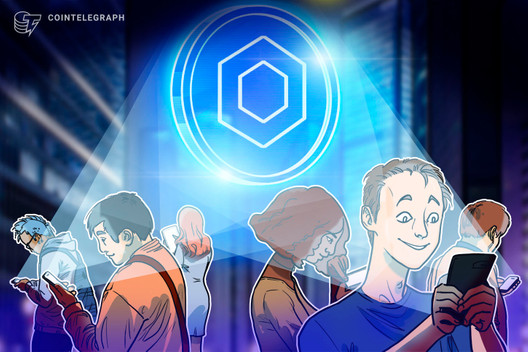 An alternative social networking platform that aims to give users control over their data is integrating Chainlink data oracles.

Revolution Populi is trying to displace Facebook by creating a social network where users can post and share information about their lives “but advertisers pay them, not Facebook.” The network is just the first of many distributed apps that the company plans to release in the near future.

A futurist who predicted social networks and became a Unabomber target

The idea in itself does not sound novel as there have been quite a few projects in the crypto space that have tried to return data ownership to users. However, perhaps the most interesting aspect of the project is that David Gelernter serves as a chief visionary officer.

Gelernter first made a name for himself in the 1980’s through his contributions to the field of  parallel computing. Later, In 1991, he published a book “Mirror Worlds,” which foreshadowed the development of the World Wide Web, including the social networking phenomenon. The acclaim likely attracted the unwanted attention of Ted Kaczynski, the Unabomber. On June 24, 1993, Gelernter was severely injured when opening a package filled with explosives.

Three legs of the stool

Company CEO Rob Rosenthal told Cointelegraph that the social net is just one of the three legs of the stool they are building:

“It’s obnoxious enough that they take our sovereign property, sell it and keep all the money. But there are much bigger problems out there as a result. I mean, it is the public square. They do control everything on this public square. As you’ve mentioned, the data resides in their private database. […] We have a solution that we’re calling a three legged stool approach. It is not just a social net, by the way. It’s an ecosystem.”

The other two legs are the decentralized database, which will be structured as a decentralized autonomous organization or DAO, and the third leg is the exchange or market for data.

The company will purportedly unveil its own blockchain in the coming weeks, which will serve as the backbone for the “stool.” Rosenthal was also quick to emphasize that Gelernter is actively involved in the day-to-day activities of the company. In fact, he designed the UI for the social net app.

A new realm for Chainlink

Rosenthal believes that the Chainlink integration does not just provide a necessary layer to his project, but can help the oracle provider broaden its horizons:

“I think they’ve gotten unfairly typecast and the DiFi world. I think their technology can be spread to other projects such as ours that are more broad based and more ecosystem based. I’ve spoken to the guys, I believe that they’re pretty excited about this integration, because it brings them into kind of another realm.”

Breaking away with the recent trend, Revolution Populi plans to conduct an initial coin offering in the fourth quarter of 2020. Rosenthal did not want to divulge many details, but noted that it will be fully compliant.

Recently, the LINK token has been setting new highs on the strength of several partnerships and integrations.