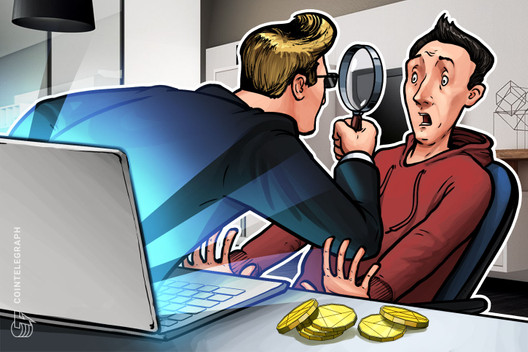 On June 8, Chainalysis announced support for privacy coins Zcash (ZEC) and Dash (DASH) making it easy for the law enforcement to track them.

The company claims that it can trace the vast majority of Zcash and Dash transactions due to the fact that most users do not use privacy-enhancing features. When it comes to Dash, Chainalysis goes as far as to say that calling it ‘privacy coins’ is a misnomer, it concludes:

“In fact, independent wallet softwares provide more advanced forms of CoinJoin that are being used with major cryptocurrencies not labeled as privacy coins, such as Bitcoin, Bitcoin Cash, and Litecoin.”

Dash is happy with Chainalysis’ support

“Dash offers users the option of privacy-enhanced transactions because user safety is important for mainstream adoption of cryptocurrency, and it is there for end users that value that functionality. At the same time, Chainalysis is a leading provider of advanced AML and blockchain analytics that is necessary for money services businesses needing to balance privacy needs with compliance needs. Ultimately, both promote the safe use of cryptocurrencies, while ensuring access to legacy financial markets, so I’m pleased that Chainalysis has chosen to implement Dash into their platform.”

This level of satisfaction from the CEO of an organization that sells privacy to its users is somewhat perplexing. It is understandable that greater compliance could accelerate adoption of a cryptocurrency; however, this readiness could alienate many users.

Privacy coins are faced with an uneasy dilemma that in simplified terms could read: comply or die from government suffocation. For instance, several exchanges have delisted Monero recently. It is understandable that the governments around the world want to have greater transparency into cryptocurrencies, which can be used for illicit purposes. At the same time, in the face of ever-expanding government reach, some individuals feel a greater need for privacy-enhancing tools.

Now, at least, Dash looks less like one of those tools. Similarly, Zcash employs zk-SNARKs, which in theory should enable maximum privacy for the users. According to Chainalysis, only 0.9% of its transactions are fully protected:

“So even though the obfuscation on Zcash is stronger due to the zk-SNARK encryption, Chainalysis can still provide the transaction value and at least one address for over 99% of ZEC activity.”

Recently the researchers from Carnegie Mellon University concluded that 99.9% of Zcash and 30% of Monero (XMR) transactions were traceable.