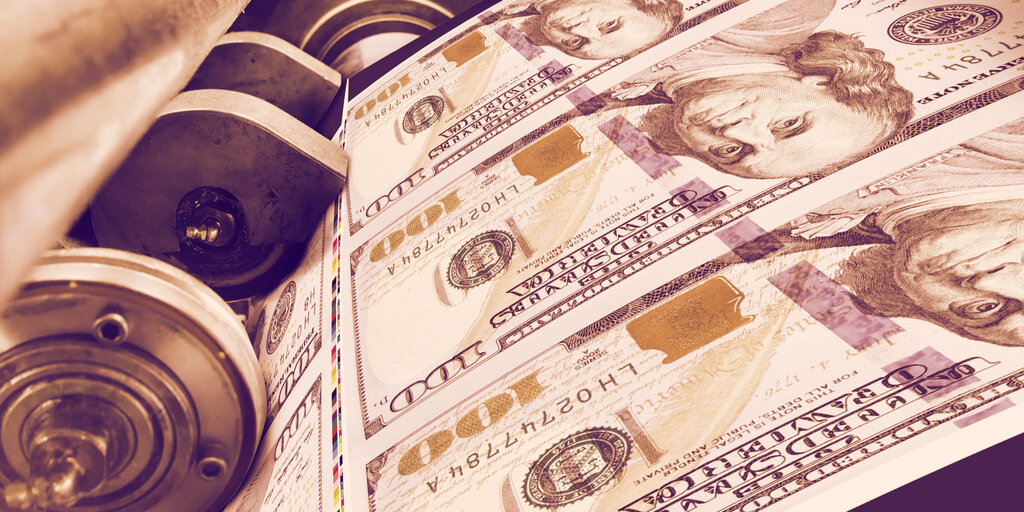 The stock of central bank money will increase more in 2020 than it did over the last 20 years, according to research from French investment bank Natixis.

According to the report, published May 15, the monetary base across OECD economies, which includes the US, the UK, the Eurozone, and Japan, is set to expand by around 70%.

Bitcoin exchange: ‘Central banks have run out of road’

The report primarily cites the fiscal deficits run up by world governments in response to the coronavirus. In response to endless money printing, central banks will be forced to continue monetizing mounting debt, say the researchers, thus increasing the overall supply of central bank reserves.

Per the research, this development will expand the monetary base by more than $10 trillion in 2020 alone.

To give some context, that’s the same total amount added by OECD economies in the last two decades—and that’s inclusive of the previous economic crisis.

Following the 2008 recession, when quantitative easing was first rolled out en masse, the monetary base of central banks witnessed a sharp incline, but nothing on this scale.

The research concludes that a fresh inflow of liquidity could potentially drive “upward pressure on asset prices,” leading to a decorrelation between economic fundamentals and asset prices. Still, the repercussions of this kind of supply shock remain unprecedented.

While these statistics are relatively shocking, they’re not altogether unexpected. As reported by Decrypt governments, the world over has turned to the unabated use of qualitative easing to calm economic woes.

In the US alone, the Federal Reserve is printing an estimated $1 million every second. Consequently, in April, US government spending totalled $979.7 billion. As a result, national debt breached a record $25 trillion at the start of May.

For many, this form of monetary policy has led to a strengthened argument for Bitcoin.

Billionaire tech mogul and crypto-critic, Mark Cuban is among them. Speaking on a recent episode of the Pomp Podcast,  Cuban suggested that expanding the money supply could provide a solid narrative for Bitcoin.

“It’s Bitcoin’s potential benefit if everything goes into the shitter because we’re printing so much money, and there’s global implications, Bitcoin has something to deal with and something to say,” said Cuban, adding, “if we don’t, Bitcoin’s got nothing.”