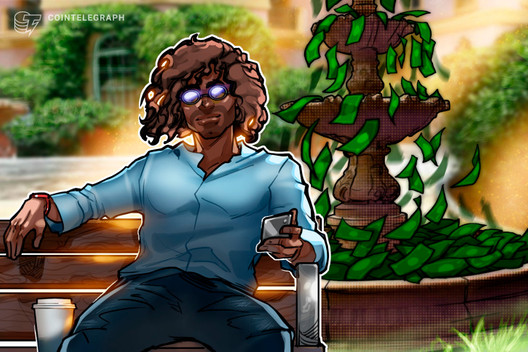 The popular DeFi app Celsius Network has publicly launched a $15 million equity offering, selling out over two-thirds of its target in less than six hours.

As of this writing, the campaign has raised over $10.7 million of the $15 million maximum, and has surpassed its minimum investment goal of $10.5 million.

Thirty-nine investors have participated so far, with 44 days remaining on the raise.

The minimum investment in Celsius’ equity fundraising round is $1,000. The round is open to both U.S. and international investors.

“You helped build brands by using them, but if you wanted to own equity in them, that was reserved for the few mega VC’s who funded @Uber @Facebook @LinkedIn. You only got to buy them full price when they IPO. @CelsiusNetwork opened it’s A round to you”

However investing at this stage in a company is highly risky and only available to a select group of early investors. Most projects at this stage fail according to Bnktothefuture and investors are unable to sell shares until the company lists publicly.

The company’s pitch describes Celsius as a crypto interest and lending platform with $6.2 billion in loans, $630 million in assets, and more than 106,000 active wallets.

Around 81% of the app’s users have deposited more than once, with the typical customer making 8.21 deposits on average. Celsius also reports that 91% of its operating days have been net positive, meaning that more deposits have been processed than withdrawals.

This past week has seen the total of funds locked in DeFi protocols test $1 billion for the first time since the violent ‘Black Thursday’ crash during mid-March, according to DeFiPulse.

While the funds locked in DeFi exceeded $1 billion from June 7 until June 9, Bitcoin’s (BTC) rejection of $10,000 and the corresponding dip across the crypto markets has pulled the value of DeFi’s assets under management down to roughly $965 million.

However, DeFiPulse’s data does not include Celsius because it is seen by many as a centralized project that only borders on DeFi. It it was included then the total value of funds locked in DeFi protocols would be closer to $1.6 billion.