Celsius CEO: Catering to ‘The 1%’ Was Not the Plan

Celsius CEO: Catering to ‘The 1%’ Was Not the Plan 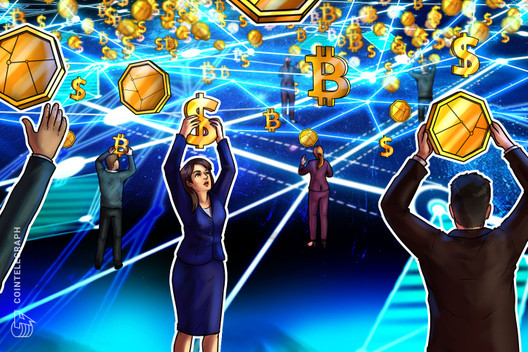 After surpassing 50,000 BTC in user deposits, Celsius’ CEO told Cointelegraph that the DeFi app has fallen short on its goals for adoption among smaller users.

In an interview with Cointelegraph, Celsius founder and VoIP pioneer, Alex Mashinsky, discussed the milestone, articulating that it was never his plan to cater to ‘the one percent’ of society.

On the topic of Celsius surpassing 50,000 BTC in user deposits, Mashinsky described the milestone as both “a good thing and a bad thing.”

“We’re not ahead of our plan on adoption in number of users, but we are definitely ahead of plan in the total amount under management,” he said.

“The good news is that we have enough money to have a successful business profitable, so we can do more for the people who don’t have as much, […] who have five or ten dollars. But the bad news is that we ended up catering to the one percent.”

“Our average account is somewhere around $18,000 — that was not the plan,” Mashinsky continued.

“We realize that despite our success, we have not delivered on the mission, which was to bring 100 million new people into crypto.”

Mashinsky said that Celsius recently introduced special rates bolstering the returns earned on the first deposit made by account holders who hold a small amount of crypto in a bid to incentivize greater adoption among users who are less well-off:

“The whole point is [to make] the big guys with the millions of dollars subsidize what the little guys earn so that we can bring one million or 100 million of them into the community.”

“The big guys still earn multiple of what they earn anywhere else, so it’s a win-win scenario,” he added.

In transitioning from VoIP to crypto during the mid-2010s, Mashinsky stated that he underestimated the challenge of convincing ordinary people to engage with the decentralized economy.

“I thought it would be much easier than it is,” he said. “I created Voice-over-IP in 1994, I launched it, and then we started selling all over the world.”

“It was so easy to win customers because you’re like, ‘why are you paying two dollars a minute to call the United States? Here is a service that charges you 50 cents’ — it was a no brainer, and very, very quickly, we had hundreds of millions of users all over the world switching to VoIP for their communications.”

“I thought, ‘hey, how hard could it be to convince people to earn 10 times more than they earn from their bank?’“

However, Mashinsky stated that he quickly realized that “the bar for VoIP is actually pretty low because if something doesn’t work, you switch back to your carrier, […] and everybody’s happy.”

Original Source: Coin Telegraph Celsius CEO: Catering to ‘The 1%’ Was Not the Plan