Celo Will Be 'PayPal on Speed' With Its Own Currencies, Says Blockdaemon CEO 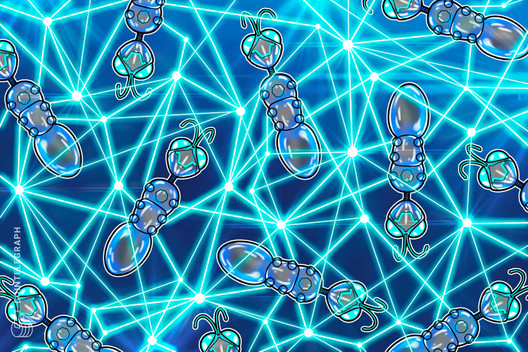 The CEO of Celo alliance member Blockdaemon believes that the Celo ecosystem will soon comprise “PayPal on speed with its own native currencies.”

Since launching its Alliance for Prosperity earlier this year, open payment platform Celo has quickly emerged as an apparent rival to Facebook’s Libra stablecoin project.

Cointelegraph spoke to Konstantin Richter, the CEO and founder of Celo alliance member Blockdaemon, to learn about the experience of working on Celo from its beginnings and get his take on what the Celo ecosystem will look like in the near future.

While Richter noted that the 2018 bear trend had a significant impact on many of the firm’s clients, he stated that the last nine months have seen “exponential growth” for Blockdaemon as newer projects such as Celo and Algorand have gained momentum.

Richter stated that the teams began working together from the middle of 2019 — with Blockdaemon comprising one of the project’s first node operators.

“The vision of the Celo project is to […] connect people who traditionally are excluded from using the current legacy financial infrastructure with a new form of infrastructure.”

Richter expects that the platform will facilitate trade and payments in focus areas like Africa, Latin America, and other developing regions that have significant unmet demand for financial services from ordinary people.

“I kind of think of it as a PayPal on speed with its own native currencies in it.”

Richter emphasized the benefits of having worked on Celo since its infancy, noting that Blockdaemon assisted in building the fundamental structure of Celo’s network architecture and designed tools for developers.

“Celo is a network that requires active network participation over time, so it’s one of the networks where we aim to support the operation of thousands of nodes,” he said. “We’re investing quite a lot in the infrastructure and in Celo itself in building out protocols and solutions that aid that particular ecosystem over time.”

Blockdaemon also operates an active validator group for Celo and has a seat on its governance council.

Blockdaemon was announced among the founding members of Celo’s Alliance for Prosperity in March, comprising a collective of developers and entrepreneurs working to build Celo’s ecosystem.

Blockdaemon recently received a grant from Celo, with DiMento stating that Blockdaemon will be using the grant toward its blockchain package manager — a plugin designed to streamline node deployment across the network.

“Democratizing node operations across a wide user base is ultimately what keeps these networks functional and performance,” said Richter.