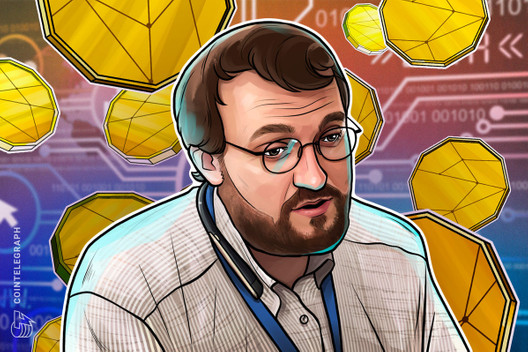 During a recent AMA, Cardano’s Charles Hoskinson described cryptocurrency as inherently political, urging the crypto community to rally against efforts to stifle the space.

Charles Hoskinson, the creator of Cardano (ADA), has described participating in cryptocurrency as an inherently political act.

Speaking during an impromptu ask-me-anything on YouTube, Hoskinson asserted that crypto-driven fundamental disruptions to monetary relations will not come without struggle, placing the crypto phenomenon within the political arena.

Hoskinson also urged members of the crypto community to take a stand against increasing regulatory moves to crack down on encryption.

In the AMA streamed on June 5, Charles Hoskinson proclaimed that “Crypto is a political movement.”

“Crypto is as political as it gets,” he said. “We’re going to reinvent the concept of money and take it out of the government’s hands and control it ourselves.”

Hoskinson emphasized that the cryptocurrency phenomenon is especially political by nature due to the creative destruction it seeks to bring upon monetary commodities and policy, stating that “money is the biggest influence of all of politics.”

Considering the consequences of the wholesale adoption of distributed ledger technologies, Hoskinson noted that the impacts of cryptocurrency will reach far beyond the domain of money, stating:

Hoskinson predicted that crypto assets will face increasing hostility from regulators, saying, “There are people in the Senate and the Congress today in the United States and all around the world who want to ban crypto.”

The Cardano creator urged the crypto community to fight against regulatory efforts to constrain crypto, stating, “If you’re in this industry, what do you do? Do you just roll over like a dead dog and say, ‘It was a lot of fun okay, alright, whatever.’ No, I’m sorry, You have to have an opinion. You have to fight for the right things.”

“Right now, there’s a strong movement to ban encryption so that when you have encryption, you need to have a backdoor in the system,” asserted Hoskinson.

“Will you guys use Cardano if it has backdoors in it and we designed the system that way and some small group of people have control over your money and at any time can freeze it? How many of you would use that?” he asked.