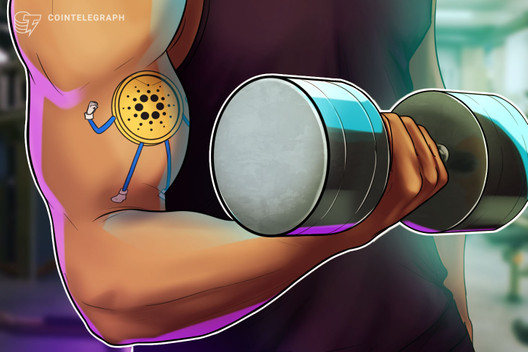 According to a leading blockchain security auditing firm, Cardano will become the second biggest proof-of-stake platform behind Ethereum, dwarfing Tezos.

Quantstamp, a company that has been auditing Cardano’s (ADA) code base for the past two months, believes that after the Shelley hard fork, Cardano will trail only Ethereum (ETH) as a smart contract platform, dwarfing its arch-rival Tezos (XTZ).

Cardano’s code base “one of the best”

Quantstamp CEO Richard Ma told Cointelegraph that in his opinion, Cardano has some of the best code in all of the blockchain space. He believes it is on par with ETH 2.0’s Prysm:

“It’s clear they’ve put a lot of internal effort to solidly test and properly engineer the code and it’s really shown through the smooth launch. We also recently audited prysm from eth 2.0 and we would say that in terms of quality, similar to prysm, it is one of the best codebases we have seen.”

Discussing the recent Shelley hard fork, Quantstamp communications manager, Jaye Harrill, told Cointelegraph that by the end of 2020, they expect Cardano to be second only to Ethereum in popularity as a smart contract platform. Harrill also feels that Cardano “dwarfs” Tezos as a proof-of-stake blockchain:

“The move to the Shelley era means Cardano will be the second most popular smart contract platform, second only to Ethereum by the end of the year. As a proof of stake system, it now dwarfs Tezos”.

Earlier today, replying to EOS (EOS) founder Daniel Larimer on Twitter, Cardano founder Charles Hoskinson stated that by the end of the year, smart contracts and native assets are coming to the platform along with low latency:

In recent years, developers have built the majority of their decentralized applications on Ethereum. However, if things go according to Hoskinson’s plan, Cardano may soon directly challenge Ethereum’s dominance in the industry.