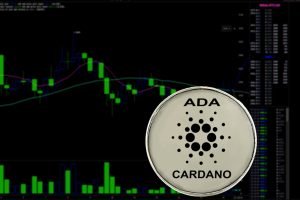 Cardano (ADA) is on a spike against its USD pair, surging 7% in the past day as the epoch 159 upgrade is on edge to happen at any time past 12.00 noon UTC on Friday, 29th November 2019. Cardano founder, Charles Hoskinson, who doubles up as the CEO of Input Output Hong Kong (IOHK), announced the snapshot on Twitter urging the Cardano community he remains committed to the project.

The price of ADA/USD has been on the rise for the past five days or so as effects of the upcoming (or already happened snapshot) today at 12.00 UTC. Currently trading at $0.041 USD, the price has seen a steady rise since bouncing off support at 0.0332 USD on 25th November as bulls took charge of the market.

The price of ADA is rising at an astronomical pace as the last snapshot (which is hours away as I write this piece) of the Shelley incentivized testnet comes to a close. Having tested the resistance level of the wedge pattern at $0.046 USD on 18th November, the market turned bearish dropping to the support levels before the “snapshot bullish reversal”.

A break above the resistance level of the wedge pattern is a very bullish signal and may push the price towards higher resistance levels above $0.050 USD in the coming days.

The hike in price is heavily influenced by the upcoming epoch 159 upgrade to move towards the Shelley network.

The snapshot will take place tomorrow at epoch 159, slot 6886. Have your ada in daedalus or yoroi during that time.

Charles affirms his faith in the Cardano project

For the past few years, a lot of negative talks has been forming around Charles Hoskinson’s “disinterest in the Cardano project” and has become more pronounced heading to the Shelley upgrade. Charles, however, terms such stories as rumors claiming he remains devoted to the project. He wrote on Twitter,

“If you hear this rumor [referring to him exiting Cardano (ADA)], then tell the person who said to go f**k himself. I’ve devoted every moment I could spare to this project since 2015 and I’m just getting started.”

The post Cardano [ADA] Surges 7% in a Day Due to The “Snapshot Effect” appeared first on Coingape.