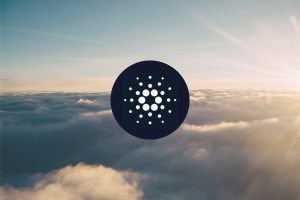 Cardano [ADA] prices are up 2.81% in the past 24 hours, while the market trades in red. The sudden price rise can be attributed to the fact that recently, Weiss Crypto Ratings tweeted that Cardano is ‘Clearly Superior’ to EOS.

The Case of Weiss Crypto Ratings

Weiss Crypto Ratings, a subsidiary of Weiss Ratings in a tweet recently mentioned that the Cardano Blockchain is clearly much better than the EOS blockchain.

Both the blockchains are working earnestly on providing top-notch technological solutions. In order to compete with Ethereum’s blockchain, they are working to provide scaling, performance, and security improvements that would allow their respective blockchains to function at a commercial level on a global scale. Weiss had earlier also spoken well about Cardano. The firm further shared a screenshot which mentions that Cardano[ADA] completed its first balance check on its recently launched Shelly testnet.

However, despite this, on Weiss Crypto Rating’s official ranking page, EOS remains above with an ‘A-‘ grade as opposed to Cardano’s ‘B+’ grade.

The price rise has also been accompanied by a significant increase in the market cap. The market cap has increased by $3 MM in 24 hours. Also, more than $15 MM have been added to ADA’s market cap since the starting of the month.

Will Cardano prices rise further? Let us know, what you think in the comments below!