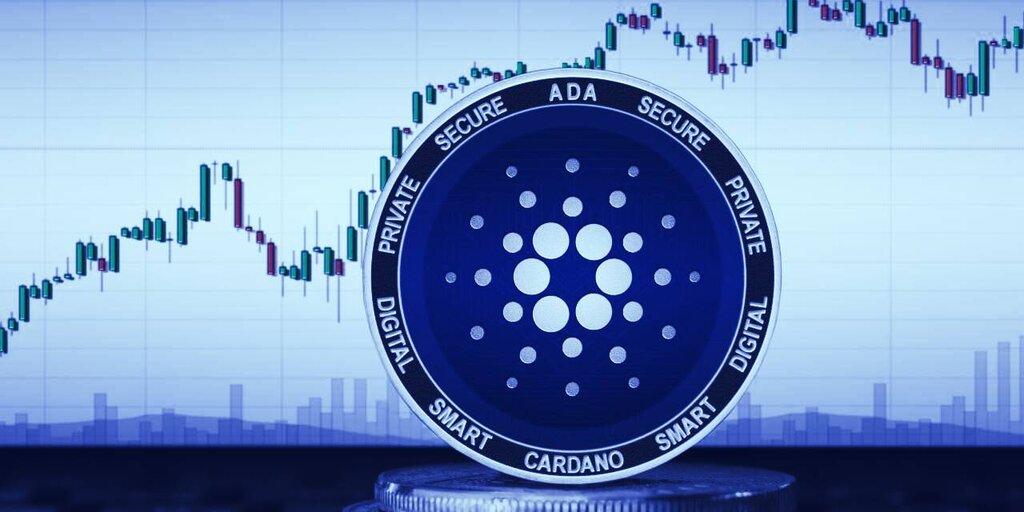 The price of top 10 cryptocurrency by market cap Cardano (ADA) shot up by more than 11% this morning. It’s market cap now stands at roughly $2.3 billion, per data from Messari, which is enough to best Tezos (XTZ) for the tenth spot in the rankings by around $200 million.

The blockchain network for the Ethereum competitor Cardano has been on roll as of late, and the same can be said for its native ADA cryptocurrency. In early may, ADA was trading for a mere $0.05 per token. But in late May, the crypto surged by 12% following news that Cardano’s long-awaited Shelley upgrade is finally ready to launch.

And the excitement appears to be driving the rally into June as well. All in all, ADA is up more than 50% over the last week.

Cardano’s Shelley mainnet is set to go live later this month. According to Charles Hoskinson—co-founder and CEO of IOHK, developers of Cardano’s blockchain—the Shelley will be rolled out for users sometime between June 30 and July 7. IOHK has been working on Shelley for the past two years.

The Shelley updates will grant users control of block validations and allow staking rewards for ADA holders, enabling them to earn interest on their crypto stashes through the network.

Meanwhile, the rest of the crypto market has seen only marginal gains today. Bitcoin is steady at $9,500, Ethereum is up nearly 2% and trading for $239.