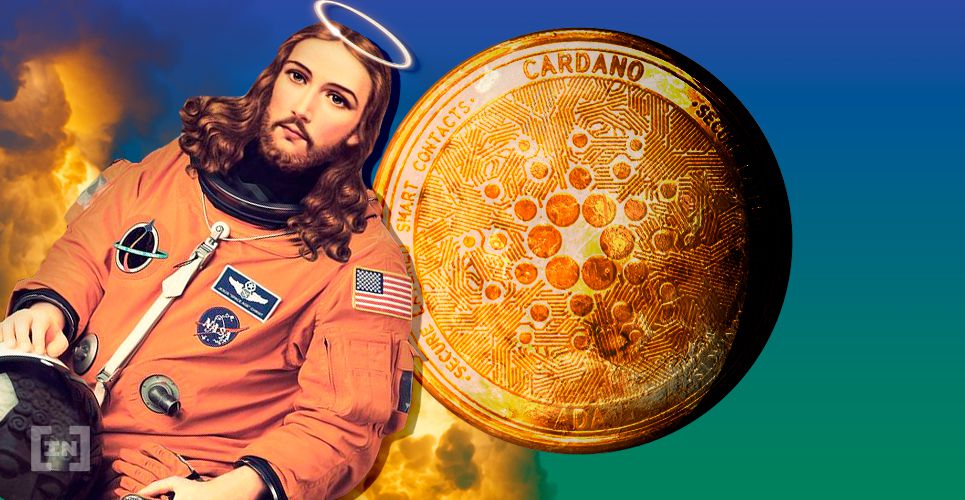 The Cardano (ADA) price has been increasing at an accelerated rate since April 16, at one point having moved upwards by 85% in its USD pair and 35% in BTC value.

However, ADA/BTC reached a high on April 28 and has been decreasing since. The USD pair reached a top two days later. Bitcoin and altcoin trader BillGK_Crypto tweeted an ADA/BTC chart, showing that the price has reached a significant resistance level and predicted a price decrease.

In order to make his argument, he stated that:

Hit meaty weekly resistance – Divergence across other major $alts showing weakness (saw this as ADA had more to ‘give back’). – LTF sign to short came in after breakdown & retest on daily open yesterday, pulled the trigger as planned with

In this article, we will take a closer look at the ADA price movement in order to determine if the price will continue increasing towards new highs or if the upward move is likely finished.

The main resistance area for ADA is found at 535 satoshis. This area has acted as the range high for the price since August 2019. After breaking out and reaching a high of 623 satoshis, ADA has decreased and validated the area as support. As long as it stays above, its price movement is considered bullish.

In addition, a bullish cross is in the process of transpiring between the 50 and 200-day moving averages (MA), supporting the hypothesis that the price will continue moving upwards.

In the short-term, the ADA price is following an ascending support line since April 16. The price bounced on this line for the fourth time yesterday. This is a level that also coincides with the 0.5 Fib level of the entire upward move. Furthermore, the RSI was oversold, and bounced upwards above 50 shortly after, a sign that the price has begun a bullish trend.

Therefore, the ADA price is expected to increase until it reaches at least 620 satoshis. As long as the price is trading above this ascending support line and the previously mentioned 535 satoshi support, the price movement for ADA is considered bullish.

The ADA/USD pair looks less bullish than its BTC counterpart. The price has reached a major resistance level at $0.057, failed to break out, and created a bearish candlestick with very significant volume. Since it began its upward move on April 16, the ADA price has not retraced at all.

Therefore, the price is expected to decrease towards the closest support level at $0.043.