Can Blockchain E-Passports Help Save the Tourism Industry? 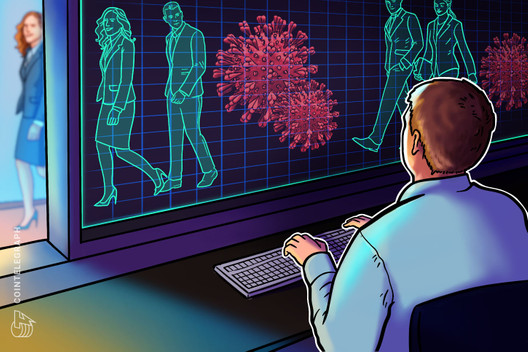 ShareRing has launched an anonymous e-passport app with contact tracing in an effort to revive the $9 trillion global tourism industry.

Enterprise-focused blockchain company ShareRing has launched a blockchain based contact tracing solution it will offer to 2.6 million hotel and activity providers that currently use one of the company’s services. The anonymous e-passport app hopes to solve the privacy issues facing similar tracing apps.

When a user of the app subsequently tests positive to the virus, the app will anonymously send the necessary information to the government, allowing others to be notified if they have been in contact.

The app can also integrate with eVOA systems, travel insurance companies, airlines, hotels and other relevant organisations, allowing companies to scan the app to reveal test results without revealing any personal information. ShareRing Co-Founder Jane Sadler-Kidd explained that documentation and personal information does not leave the device:

“When someone signs up for a ShareRing ID, we take their photo, video selfie, name, DOB, address, etc and store it in an encrypted file that never leaves the user’s device.  We also take a ‘fingerprint’ of the data and documentation and store that on the blockchain.”

In order to speed up adoption, ShareRing enables governments and businesses to integrate the passport app on existing solutions without using the ShareRing brand. Kidd added the Covid-19 passport was low-cost, and appealing to consumers.

“It encourages adoption among the population by building it in a way that provably safeguards their privacy.”

Blockchain is fighting COVID-19 on all fronts

Contact tracing is not the only front that companies are utilizing blockchain to fight the global pandemic. The world’s third largest pasta producer, De Cecco is adopting the Infection Risk Management solution My Care built on VeChain to help ensure the safety of employees and operators throughout Italy.

In March 2020, the World Health Organisation (WHO) launched a blockchain based platform MiPasa to facilitate “fully private information sharing between individuals, state authorities and health institutions.”

The Netherlands is also using the blockchain platform Tymlez to map and analyse the country’s medical supply chain, while a similar application is being used in the United States and Canada in collaboration with IBM.