‘BTC/USD to Form Golden Cross in Next One or Two Weeks’, Perma Bull Says 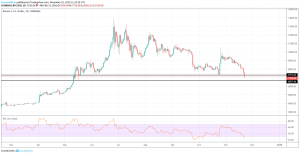 BTC/USD temporarily drops below $7,100 USD threatening a downward spiral towards lower support in the $6,000 to $5,500 region as market turns massively bearish. The break below the $7,200 support level spells doom for the pioneer cryptocurrency as break below $7,000 USD imminent.

Bitcoin at its lowest since May 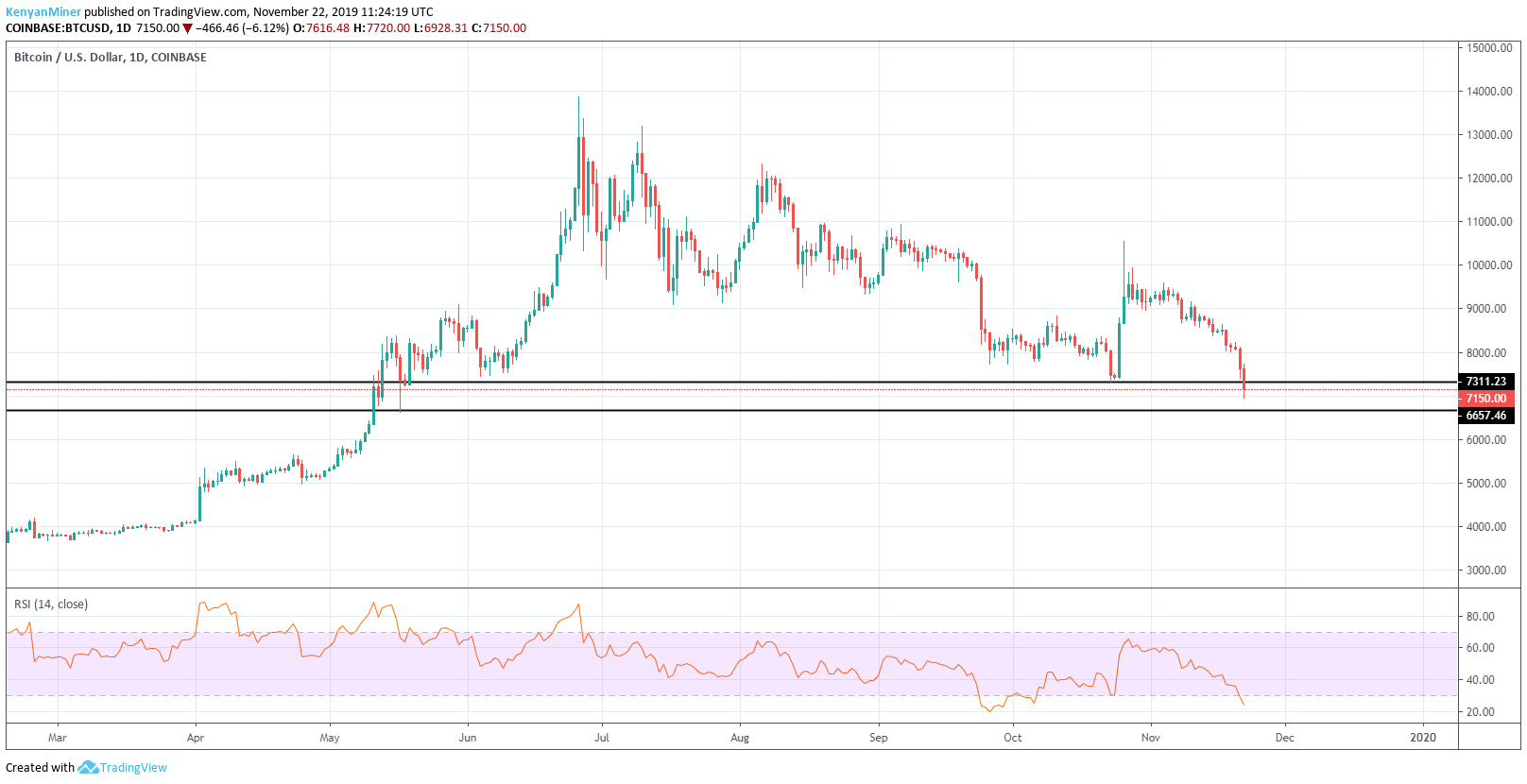 The drop below support at $7,311 USD triggered a bear momentum in the market pushing the price lower but bulls are holding out – just for the moment. A quick glance at the daily candle market reveals a possible sharp drop towards the support level at $6,657 USD if bears continue strengthening their trades in the market.

Bulls remain optimistic despite the downfall

According to one crypto perma bull, Crypto Bull on Twitter, the price will bounce back despite the current difficulties it is facing. In an observation made from the past halving in 2016, Crypto Bull believes the price of BTC is setting up to boost in 2021 similar to the 2017 massive uptrend. Predicting a golden cross between the 50-day and 100-day moving average lines, in the next two weeks, Bull believes BTC in on for a crazy bullish momentum – just as it happened in 2016.

The last time that happened:
Price was $430 (down ~62% from ATH)
A few months before the 2nd halving

The price of BTC is trading 64% lower than its all-time highs of $19,800 USD back in December 2017, a close figure to the 62% drop experienced in BTC price, 6 months before the previous halving in 2016. According to Crypto Bull, the current drop in price is common months before the halving making for a case to boost beyond last ATH in 2021.

The relative strength index (RSI) is currently oscillating at oversold levels showing a possible reversal in BTC’s market if a bulls push a close above resistance/support level at $7,300 USD.

The post ‘BTC/USD to Form Golden Cross in Next One or Two Weeks’, Perma Bull Says appeared first on Coingape.