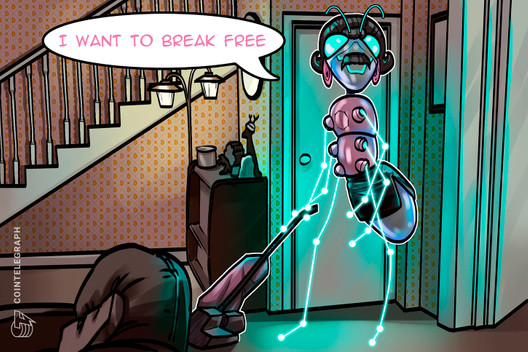 The institutional adoption of digital assets and DLT is a clear signal that a new model for trading, ready to break down liquidity silos, is emerging.

Economists, pundits, institutions and investors often talk about the global financial system. When stocks go up and trade thrives, they applaud its contributions to prosperity; when the markets crash and stocks dip, they blame its inhuman scale or its untrustworthy manipulators. But anyone who has attempted to diversify their portfolio with foreign stocks or acquire another nation’s bonds quickly comes to the same conclusion: The global financial system isn’t a single entity. “The system,” singular, is really “The systems,” plural.

How do the pieces of the global financial system interact? Not always as well as might be hoped, as exemplified by the economic uncertainty brought about by the COVID-19 pandemic. In times of flux, investors diversify their portfolios across different asset classes to protect their investments. However, access to these diverse asset classes is often stymied by the barriers that exist across markets.

Complex regulation is a constant theme and, as a result, the global marketplace is really a fragmented mosaic of different marketplaces. The complexity, time and costs involved with transacting across these different jurisdictions are some of the most significant sources of friction in global markets.

Much of today’s trading infrastructure is decades old, with many of the rules, customs and processes dating from the analog era. In the 1970s and 1980s, national markets were a necessity and an inevitability. The communications infrastructure supporting a fragmented network of middlemen, each subject to the rules of his or her respective jurisdictional regulator, was the only means of linking far-flung investors in a less-connected world.

Today, however, the world has grown accustomed to real-time connectivity — we communicate across continents and over oceans in the blink of an eye. But, when it comes to the cross-border movement of value, the existence of parallel, siloed markets engenders administrative burdens, unnecessary costs and vexing delays.

Increasingly, there is evidence that incumbent institutions and major players in the global economy are breaking down these barriers. For example, WisdomTree, one of the largest traditional asset management firms and exchange-traded fund providers in the United States, has made clear its intentions to make digital assets a core part of its service offering. The firm plans to launch a series of blockchain-enabled ETFs that will, in their tokenized form, be more readily-accessible to, and exchangeable by, investors. Significantly, WisdomTree has made clear that it views the automation of regulatory compliance as one of the key means of ensuring the success of these digital assets.

Leading market infrastructure providers for the financial services industry, such as the Depository Trust & Clearing Corporation, or DTCC, have also announced plans for exploring the potential of new technologies and digitalization in revolutionizing public and private markets. The DTCC’s Project Whitney Case Study brings a new approach to the representation of value in capital markets through asset tokenization, and emphasizes the use of interoperable blockchain-based infrastructure to increase efficiency in private markets.

However, to fulfill such a vision, innovators will first need to address the core issue of ensuring compliance with complex regulatory requirements across multiple jurisdictions — a significant contributing factor to the formation of liquidity silos. Platforms that automate the process of regulatory compliance across multiple jurisdictions will be key to this next generation of infrastructure.

It is unlikely that any particular blockchain or network will dominate the next generation of trading infrastructure. Interoperability across multiple blockchains and legacy infrastructure, within a common compliance and security framework, will be key to the success of this new system of trading. Meanwhile, platforms providing powerful and flexible tools to ensure that compliance with multi-jurisdictional regulations and network interoperability will unlock a new era of market defragmentation and broader access to global liquidity.

Transitioning from current legacy infrastructure to a new truly global financial marketplace will not take place overnight. Such a transition is key, however, to maintaining the robust health of our global financial system for the decades to come and equipping it with the tools to cope with the economic and financial challenges that lie ahead.

John Hensel is the chief operating officer of Securrency, the leading developer of institutional-grade blockchain-based financial and regulatory technology. He leads global business operations for Securrency’s international team based in Abu Dhabi, UAE. John served in the U.S. Navy for over 25 years as an aviator and a major defense acquisition program manager. He achieved an MA in business administration from Johns Hopkins University, an MA in arts, strategy and policy from Naval War College and a bachelor of science from the U.S. Naval Academy.