BRD review: mobile wallets don't get any easier than this 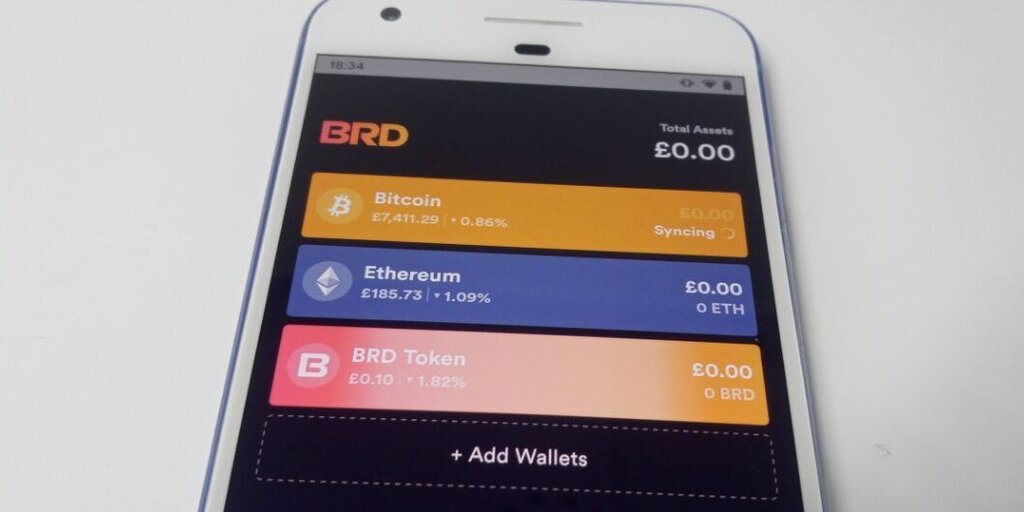 BRD is a mobile wallet that is designed to make spending and using cryptocurrencies as simple and accessible as possible.

Formerly known as BreadWallet (and later Bread), but now known simply as BRD, the wallet first sprang into popularity in 2017 after raising $32 million selling BRD tokens through the Binance Launchpad.

Since then, the wallet has been regularly upgraded with new features, but the BRD token has been reduced to a background feature on the app. BRD is currently available for Android and iOS devices via Google Play and the Apple App Store, but there’s no indication of a desktop version on the way any time soon.

It’s safe to say that BRD has one of the most attractive designs out there. The wallet has a minimalist, modern aesthetic that’s reminiscent of some popular social media apps.

The wallet is separated into three simple sections: buy, trade, and more—which contains the preferences, settings, and less frequently-used features. Most features are intuitive to use, while the more advanced features load with an introductory screen, explaining what the feature does and how to use it.

BRD provides various customization options to control how the wallet works, including a fast-sync feature for Bitcoin to cut down on the sync time that can be experienced when loading balances and transacting with Bitcoin.

Getting your own BRD wallet is a quick process that begins with setting up a six-digit secure PIN code. Once set, BRD will ask you to back up your paper key—BRD’s term for a 12-word recovery phrase. You’ll then need to confirm that you’ve stored the correct paper key before re-entering two randomly selected words, after which BRD will finalize and load your wallet.

Note that BRD requires you to have a lock screen set up on your device before it will allow you to create a wallet. You will be prompted if this is an issue when BRD loads.

BRD review: Ease of use

Unlike many other mobile cryptocurrency wallets, BRD offers a wide array of features without ending up with an overly cluttered user interface. Because of this, it’s one of the most usable wallets around.

Sending payments is a doddle thanks to QR code address support and a simplified payment setup, but BRD does not allow users to manually adjust their transaction fee for most cryptocurrencies. Receiving payments is similarly simple, since BRD features built-in sharing options and the ability to generate payment request QR codes.

For some of the more complicated options, BRD provides links to relevant help pages, providing useful guidance for less experienced users. Despite its simple user interface, BRD manages to cram in an array of features, making it ideal for both crypto newcomers and more experienced users.

BRD is designed to help make managing cryptocurrencies as painless as possible, something that’s immediately apparent from its feature set.

First up, BRD features built-in cryptocurrency purchase functionality, allowing users in hundreds of countries to purchase cryptocurrencies in-app directly with their debit or credit card. This is supplemented by a simple trading feature, which lets users exchange a small handful of digital assets held in their wallets. These features are commonplace among mobile wallets nowadays, but BRD does an excellent job of making them accessible.

The BRD Rewards feature is one of its few genuinely unique features. Users can earn a variety of rather niche rewards for holding a fixed sum of BRD tokens—such as 2,500 or more tokens to unlock telephone support, 5,000 BRD for a US security box, and a whopping 100,000 BRD (currently ~$12,000) if you fancy a call with the CEO of BRD.

The wallet also includes a simple ATM map feature for users from the United States, showing the location of the nearest Bitcoin ATMs along with some key details.

Like most popular mobile wallets, BRD supports a wide variety of digital assets—but not all of these are enabled by default.

After creating a wallet on BRD for the first time, only Bitcoin (BTC), Ethereum (ETH), and BRD will be ready to manage.

Well over 100 other digital assets can be manually added, including a wide variety of stablecoins, ERC20 tokens, and popular cryptocurrencies. Some of the most prominent include:

The vast majority of additional assets available on BRD are small to medium-cap ERC20 tokens, while several major digital assets are missing, including Monero (XMR), Zcash (ZEC), Litecoin (LTC), EOS and others. As such, BRD is best suited to those with a predominantly ERC20 portfolio.

BRD offers an above-average suite of security features. Like most wallets, the first layer of security is a PIN code that needs to be entered before the wallet will open. BRD goes one step further with its optional fingerprint security option, allowing users to add a layer of biometric authentication to their cryptocurrency wallets.

BRD is a no lock-in wallet, meaning users are free to transfer their entire portfolio to another wallet using their 12-word recovery seed (termed a “Recovery Key” by BRD). The wallet also features a secure erase tool, allowing users to wipe their wallets from their device and prevent it from being easily recovered.

However, there are a couple of omissions; BRD doesn’t offer offline transaction functionality or two-factor authentication.

If simplicity is what you’re after, then few mobile cryptocurrency wallets can match the outright usability of BRD. It’s simple, but packed with features that both newer and more experienced cryptocurrency users will appreciate.

There’s cryptocurrency purchase and trading functionality built right into the app, and support for north of 100 digital assets, including many of the most popular ones. However, a lack of privacy-coin support might be an issue for the privacy-conscious.

As a no lock-in wallet, BRD users are free to move their assets to any other app that supports 12-word recovery phrases, while ensuring they can always recover their funds even if they lose their phone or BRD shuts down.

While BRD is a good wallet for beginners, though, its main unique feature—the BRD token—is practically a dud.