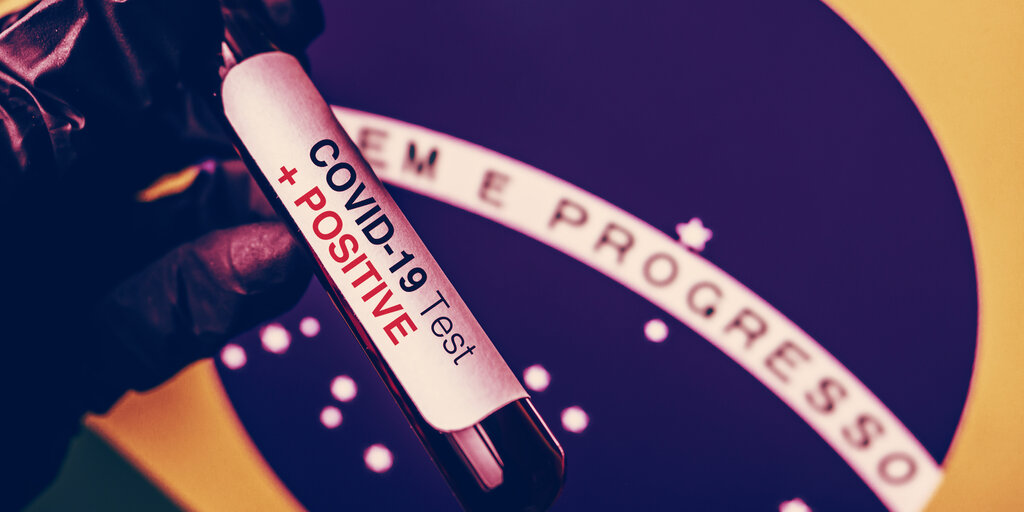 Sources within Brazil’s health ministry allege that the country’s government is censoring data about the coronavirus, according to local reports.

The government stopped releasing cumulative data about coronavirus cases and deaths on Friday. It has also removed such figures from its website. Now, it only reports daily numbers.

Brazil has the second-highest number of coronavirus cares in the world. There have been 691,758 cases and 36,455 deaths in the country, according to Johns Hopkins University.

Coronavirus surveillance may mean the end of personal privacy

In the four days prior to the removal, Brazil reported over 1,000 deaths per day—and experts think that the country is still a few weeks away from its peak.

As reported by The Guardian, sources have told local media that president Jair Bolsonaro is responsible for the censorship of the total number of people infected with Covid-19, and for removing data from the government website.

Bolsonaro said that the data was “adapted” since it did not correctly depict the state of the country. He said that the government was working to “improve the reporting of cases.”

The erasure of additional data has drawn widespread criticism from lead scientists and doctors in the country.

“The authoritarian, insensitive, inhuman and unethical attempt to make those killed by Covid-19 invisible will not succeed,” said Alberto Beltrame, who runs Brazil’s national council of state health secretaries, in a statement. He added, “We and Brazilian society will not forget them, nor the tragedy that befalls the nation.”

Gilmar Mendes, a supreme court judge, tweeted: “The manipulation of statistics is a maneuver of totalitarian regimes.” Mendes added that, “The trick will not exempt responsibility for the eventual genocide.”

Brazil has been widely criticized for its handling of the pandemic. Bolsonaro has compared the virus to “a little flu” and has called for measures to be lifted. This has caused two health ministers to quit, reported BBC News.

On Friday, Bolsonaro accused the World Health Organization of being a “partisan political organization” and threatened to withdraw his country’s membership.

You can’t face a pandemic without science, transparency and action,” said Paulo Câmara, a Brazilian governor, on Instagram.