Bloomberg: Ethereum’s Rise is Speculative While Bitcoin’s Price Is Based on Fundamentals 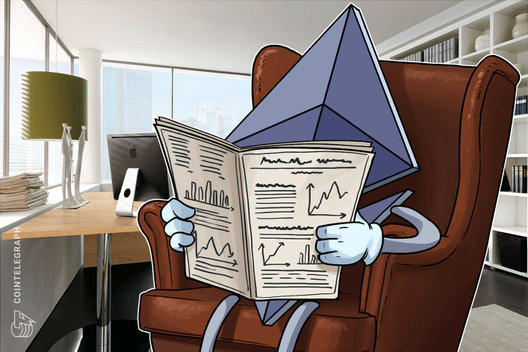 Bloomberg finds Ethreum’s bull run to be speculative while contending that Bitcoin’s appreciation is driven by fundamentals.

In its August crypto outlook, Bloomberg remained unimpressed with Ethereum, calling its rally “speculative”. The publication contends, however, that Bitcoin’s (BTC) rise is based on solid ground:

“Ethereum has extended last year’s highs and leaped to one of the top-performing major crypto assets in 2020, but we view its rally as more speculative vs. the favorable demand vs. supply conditions supporting Bitcoin.”

The report points out that Ethereum faces “plenty of competition from similar crypto platforms and about 6,000 tradable coins.” On the other hand, Bloomberg has remained consistently bullish about Bitcoin, noting its gold-like qualities and increased institutional demand.

The success of the DeFi space has led to the appreciation of Ether, with some comparing it to the ICO boom. As more smart contract platforms mature, competition will only get tougher. When it comes to the world of professional investors, Ether does not have a clear selling point like Bitcoin’s limited supply.