Blockchain's been a Bust for China's 'Blockchain 50' Public Companies 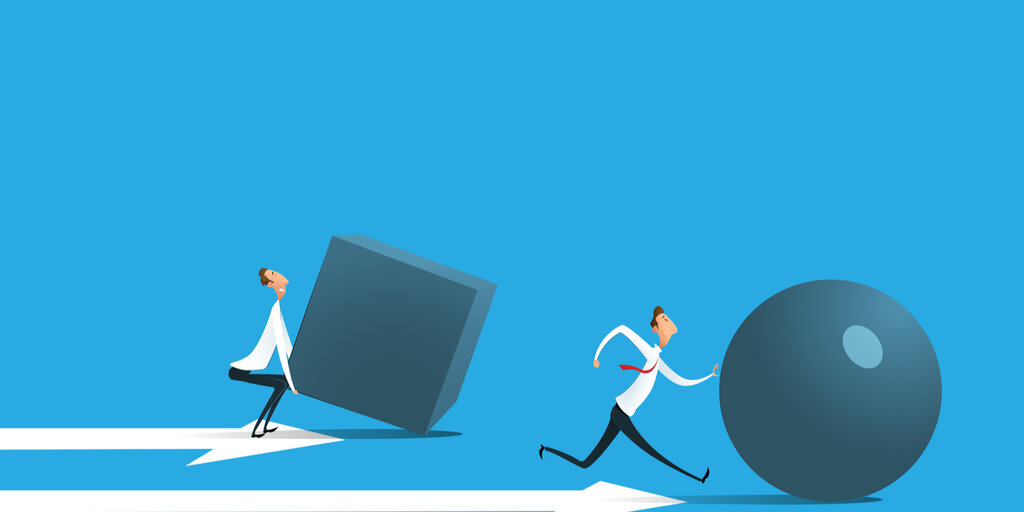 Remember the Blockchain 50 Index pioneered by China’s Shenzhen Stock Exchange at the beginning of 2020? The index comprises the top 50 public firms that claim to be affiliated with blockchain. It harkens back to the beginning of the year when China had announced its blockchain ambitions and companies had rushed to jump on the bandwagon, to be “on the chain 上链.”

Now that three quarters of 2020 has passed, an analysis of these firms’ financial reports, though a few months’ delayed, reveals that many pro-blockchain firms are conspicuously quiet about their blockchain efforts. (There was one exception, a company that reported a 100% decrease in its blockchain revenue, which meant its blockchain revenue went to 0.)

This week’s da bing looks into how Chinese public companies are struggling to remain relevant in the blockchain world.

There are no real use cases

Perhaps the strongest evidence against these so-called blockchain companies is the lack of real use cases.

According to Security Daily, among the 262 public companies self-categorized as “blockchain companies,” only 23 mentioned live blockchain use cases. Most of these use cases are in the public sector, supply-chain finance, healthcare, and digital rights. These use cases tend to be on a small scale and frankly can be deployed without blockchain technology, and instead use a distributed database.

Of course, most of these companies are not blockchain-native companies; their bread and butter is in traditional industries such as e-commerce, cloud, software, media, and even electronics. When these firms entered the blockchain world, they had to explore use cases that were in synergy with their main business, which is easier said and done. As a result, most companies kept blockchain as a “strategic initiative,” a nice way to say “it’s not core to our business.”

China is not devoid of blockchain use cases. On the contrary, over 11 provinces have started grants supporting blockchain companies, with many focusing on blockchain-powered civil services. So who benefits from that free RMB?

The answer is blockchain-native startups and big tech companies.

Blockchain-native firms such as the Beijing-based Red Date made a splash when China’s Blockchain Service Network (BSN) debuted. As the sole tech provider behind BSN, Red Date became the center of attention because no one had heard of it. Many observers wondered: who are they and where do they come from?

But its obscurity might be the beauty of blockchain. Since the field is still new, startups that have no legacy reputation can enter the field if their solution works. In the case of BSN, it required a tech provider that not only understands the sensitivities of China, but also has experience with international public blockchains such as Cosmos and Chainlink.

This type of in-depth knowledge can hardly be found in public companies that treat blockchain as a side project.

Big tech companies such as Alibaba and Tencent are still in the hunt. They both have a vested interest in blockchain because the technology directly correlates with certain revenue streams, such as cloud computing. (Hosting blockchain networks in the cloud is lucrative).

But more importantly, because these tech giants have infiltrated every aspect of Chinese life thanks to powerful apps such as WeChat and Alipay, they can easily experiment with blockchain without looking too desperate to get on the chain. Ant Group, Alibaba’s now-independent Fintech arm, has gone even further by unleashing its own public blockchain AntChain.

At its core, governments trust these blockchain startups and big tech to experiment with blockchain because of the talent behind them. Despite Blockchain 50’s rhetoric to build use cases on top of the blockchain, they lack the human resources to actually build anything interesting. Like many other countries, China is at the earliest stage of exploring blockchain. Only those who can genuinely #budl will see red candles.

China loves standards. Standards provide rules and guidance on what’s allowed and what’s not. This is important when new technology comes in because it prevents people from using the technology for things against the regime. Blockchain is no exception.

The project, codenamed “Star Fire,” sounds very much like China’s Blockchain Service Network (BSN). The difference, at least from a rhetorical perspective, is the use case it envisions. Star Fire focuses on interconnected sensors, instruments, and other networked devices, rather than a pure software or consumer play. Many of the conference attendees came from manufacturing, energy, and heavy industry sectors.

But can’t the same use case be deployed on BSN? Yes, probably. So why bother coming up with a new protocol? The primary reason behind it could be a political play. MIIT, a government organization that prides itself as being a technology innovator, needs to remain a leader in the space. Working with the IIoT sector on a new blockchain protocol solidifies its position.

As China continues to march on the blockchain journey, both the public sector and the private sector will want to share a piece of the pie. Announcing a new protocol and forming a new standard is the easiest way to claim legitimacy.

#2: An anti-CEX movement emerged in China

All of a sudden, crypto WeChat is full of revolutionary sounding “posters” that encourage retail investors to retreat from centralized exchanges and hold their own private keys. The movement seems to have been launched by different parties all at once; each poster has its own style and is signed by different nicknames.

However, the message is unanimous: centralized exchanges have been exploiting retail consumers. Many people believe that the central exchanges are manipulating token prices, halting prices during big price shifts, even listing fake tokens, and moving users’ funds without notifying them. It’s time to regain independence.

Reports showed that Ethereum reserves on exchanges were declining since September 5, which led to many exchanges to block Ethereum withdrawals.

It’s unclear how long the movement will last since centralized exchanges are constantly innovating. (For example, some have been introducing DeFi projects to keep users from moving to decentralized exchanges.) But what’s pleasing is that even though a revolution is not happening in real life, Chinese pioneers are managing to replicate a mini-rebellion against the establishment in the crypto world.

Gate.io, one of the oldest but lesser-known crypto exchanges outside of China, just had its first surprise visit from the Chinese police. On September 11, the police visited Gate’s office in Zhongshan, a city in Guangdong province, after consumers complained about losing money in a fund. The trouble seemed to stem from Gate listing Kimchi, a fork of SushiSwap that went, well sour.

It’s commonly acknowledged that Gate is a second-tier crypto exchange, a rank below Huobi, Binance, and OKex. But it has become a fertile ground to trade small market cap altcoins. Many consumers had assumed the company is headquartered outside of China since the government chased most exchanges offshore in 2017.

After news broke that the company is indeed based in China, many consumers submitted police reports to demand justice.

Gate might have done some pumping and dumping in its 3 years existence, but Kimchi should not be a reason to shut down the entire exchange. Rather, the project itself looks like the problem. Blaming the exchange might be a little overreacting.

“套娃,” which is Chinese for the Russian matryoshka nested dolls, is Chinese’s new favorite DeFi word. The idea that SushiSwap managed to tap Uniswap’s liquidity pool and drain its value is a perfect example of finding a doll within a doll.