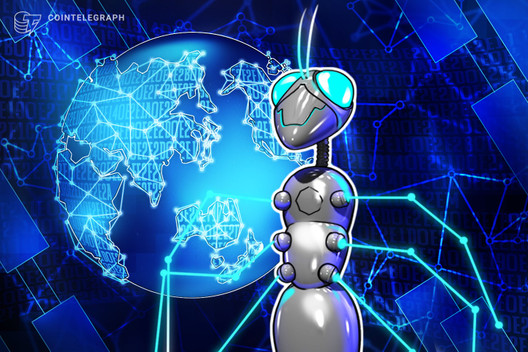 Dr. Xiao’s keynote on digital economic reform revealed speculation that globalization will migrate from the physical to the digital world. He believes blockchain and other disruptive technologies will be the tools by which we realize this digital globalization. He explained that:

“Blockchain is a digital trust mechanism. Because of its characteristics of irrevocability, delectability and immutability, when we move these data to blockchain, these data can not be tampered with.”

Digital globalization is the real deal

Xiao believes that before the pandemic, globalization benefited many people, including China, Wall Street, and multinational companies. However, it also left behind victims such as the middle class and industrial workers in many developed nations. He explained that:

“Because the middle class and workers cannot be globalized, in economics it is called ‘non tradable goods’.”

However, he believes that post COVID-19, borderless digital globalization will benefit both developing countries and developed countries. He elucidated:

“With the help of digital technology, the labor force can be traded from now on, and employees do not need to move from the United States to China, although the industry moves to China. Then there is education. Internet English teaching has turned non tradable things into tradable things…”

According to Dr. Xiao, digital globalization will impact many companies’ organizational management systems, with more companies moving their operations online. The original ways in which companies measure their performance will become less important, and a new goal-setting framework may replace them as the most important managerial structure. He says such a framework will be called “Objectives and Key Results”, or OKR. Xiao says:

“Because we need to do one thing together in different time and space. We need to be transparent and align our goals, so we need OKR tools.”

He also claims that another impact of digitalization will see businesses undergoing complete overhauls in the way they conduct their practices. He says that the industrial revolution has reached the degree of diminishing marginal utility. In economics, the law of diminishing marginal utility states that the marginal utility of a good or service declines as its available supply increases. Economic actors devote each successive unit of a good or service towards less and less valued ends.