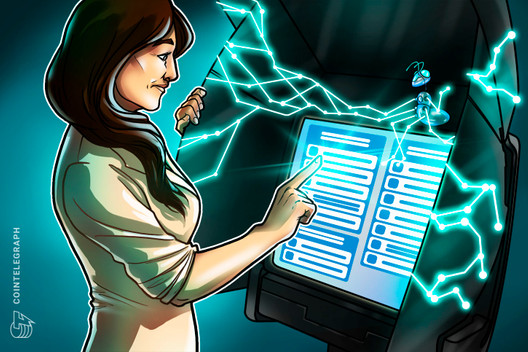 Moscow citizens will be able to vote on Vladimir Putin’s Constitutional amendments via a blockchain-powered system.

Russia’s upcoming e-voting on the Constitutional amendments will be implemented using blockchain technology.

Moscow citizens will be able to cast their votes on Vladimir Putin’s Constitutional amendments online via blockchain-powered e-voting. As announced on the Moscow government’s official website, Moscow voters can sign up for the upcoming e-voting starting from June 5.

Scheduled to take place from June 25 to June 30, the e-voting will be implementing blockchain technology to “ensure security and transparency.” As officially announced, blockchain will help to anonymize and encrypt each vote to provide safety and immutability of data.

As a blockchain network “does not have a single server,” the chain is “almost impossible to hack,” the official announcement says.

“The safety and transparency of electronic voting will be ensured by blockchain technology. Such a network does not have a single server: in order to change the information regarding bulletins, it is necessary to obtain the approval of most network participants, so the chain is almost impossible to hack. The vote itself is anonymized and encrypted.”

In the announcement, the Moscow government did not specify what kind of blockchain technology exactly is going to be deployed during the vote. The authority also did not mention any company assisting in implementing the technology for the voting process. Cointelegraph reached out to the e-voting customer support to find out more details on the matter. This article will be updated should they respond.

The vote could extend Putin’s term by other 12 years

During the vote, Russian citizens will choose whether they support the Constitutional amendments.

First introduced on Jan. 15, 2020, the Constitutional amendments proposal aims to allow Putin to serve two more six-year terms — until 2036. If Russian people vote against the amendments, Putin will finally have to leave his Presidential post in 2024. Putin has been serving in office either as President or prime minister since 1999.

During his long-running rule, Putin has failed to introduce legislation for the cryptocurrency industry in Russia despite issuing multiple deadlines to adopt one. The Russian President may rule the fate of one of the biggest cryptocurrency and blockchain markets worldwide. As reported by Cointelegraph, Russia has been leading the world in 2020 by its share in global Bitcoin (BTC) trading on peer-to-peer exchange LocalBitcoins.