Blockchain Game Economy ‘Will Be Bigger Than Japan’s’ 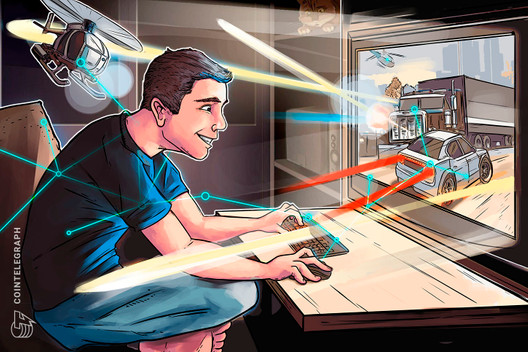 Kunimitsu was speaking about the future of gaming and NFTs at Cointelegraph Japan’s Traders Live last week.

NFTs bring economic activities to gaming. They’re unique tokens representing a specific item. For example, an NFT can give game users proof of ownership of game items and characters. These can then be traded for cryptocurrencies at exchanges such as OpenSea.

In Minecraft some players build lots of houses, but at present they can show other people their efforts and that’s about it. But an NFT token that provides ownership of the house is a different story.

“If blockchain guarantees that ‘this house is the only one existing in the world’, there will be someone who wants to pay to get it. If the number of particular furniture available is ten, if the number of clothes for aviators made by Gucci is limited to one hundred, if the supply of lands, buildings, etc. are also limited, they become valuable”.

The potential scale is huge: Fortnight has about 150 million players per month and Minecraft is not far off. Kunimitsu points out “that is bigger than Japanese population” and if they start adopting blockchain technology, the value of game items in their worlds will surge.

“Now Facebook’s Zuckerberg is developing Libra. They are also doing the VR business through Oculus. In the near future if a game world with more than 100 million, 200 million, even 300 million population is born, [by using blockchain] you can trade game items as assets and Libra may become a base currency. Then you will see the economy bigger than Japan is emerging”

Parents will want kids to play

Moreover, Kunimitsu thinks the new world of blockchain gaming may change children’s education. “For now the amount of time you use for playing video games doesn’t bring any value,” he said.

“Playing sports like baseball and soccer is somehow OK. Studying is of course OK. Your parents won’t scold their child for doing them. Why are you studying so much? Why are you playing soccer so much? They wouldn’t say it. But they will say why you are playing video games so much. This is because it is a waste of time.”

Kunimitsu believes the kind of attitude toward video games will change as blockchain games become prevalent — and more valuable. “Playing Minecraft for an unlimited amount of time you can build a magnificent house and sell it to the people who are good at making money in the real world”, said Kunimitsu. “There will be lots of elementary school students who earn a lot”

“Children will no longer be scolded by their parents for playing video games.”

Kunimitsu is also the president of The Blockchain Contents Association (BCA) based in Tokyo and a director of double jump.tokyo, a blockchain gaming developer behind My Crypto Heroes and Brave Frontier Heroes.