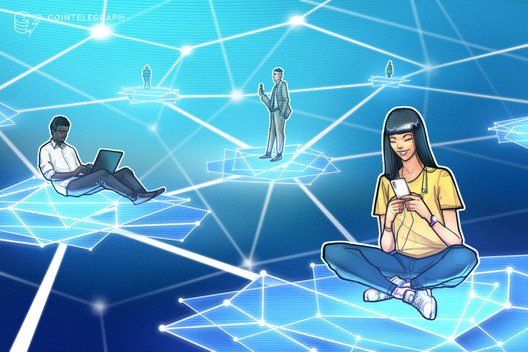 A new digital currency called CloudCoin sets out to address some of the main issues with the current batch of cryptocurrencies by removing the blockchain technology.

It uses technology adapted from the internet’s Domain Name Service (DNS) to enable secure email-to-email or email-to-wallet transactions. CloudCoin says that it eliminates systemic risk of theft by not requiring private keys which can be stolen, and that lost CloudCoins can even be recovered.

Not Bitcoin, not blockchain

Since the release of the Bitcoin whitepaper back in 2008, cryptocurrencies have been inextricably linked with the blockchain technology that underpins them. So what if a currency was secured with a technology other than blockchain? Would that even still be classed as a cryptocurrency?

CloudCoin set out to address some of the issues which come with blockchain-based digital currencies. President of the CloudCoin Consortium, Sean Worthington, explained:

“Cryptocurrencies built on blockchains come with a host of challenges, making it difficult to do simple things like buy a cup of coffee. Transactions take too long, fees are too high and it is still too difficult to scale. We developed CloudCoin to overcome these challenges and pave the way for mass adoption.”

The global Domain Name System services billions of users, is scalable, and has not been brought down since it went live in 1985.

CloudCoin’s Redundant Array of Independent Detection Agents (RAIDA) is based on this technology and is currently distributed across 25 national jurisdictions. The cloud-based network uses so little power that these transactions can be made with zero gas fees.

Plus, even if governments or hackers try to take the RAIDA down, the currency supposedly can’t be double-spent, hacked or spied upon. RAIDA knows nothing about who owns the coins as its purpose is simply to authenticate. All of the information about the coins is held directly in the coins themselves.

Much like cash, the owner of the file has the authentication data and can control the coin. When ownership is transferred, the new owner changes this data to ensure exclusive ongoing access.

Transfer speeds depend on the number of coins which need to be authenticated, but the RAIDA can routinely secure transactions of 100,000 CloudCoins in under 3.5 seconds.

Because CloudCoins are file-based, they can be transferred via the free encrypted email service, ProtonMail, or with a Sky Wallet. ProtonMail also lets you pay for its premium services with Bitcoin (BTC), although as Cointelegraph reported, it hasn’t cashed any out to fiat in years.

Of course, being file-based, CloudCoin can’t be subdivided or split, and comes in set denominations of one, five, 25, 100 and 250 CloudCoin units. The currency is not inflationary and the total number of coins in the cloud never changes from 16,777,216, which is fixed by the length of the serial number in bytes.

To avoid a rash of copycat coins springing up, CloudCoin has also patented its “Method of Authenticating and Exchanging Virtual Currencies,” making it what is claimed to be the world’s first patented currency.