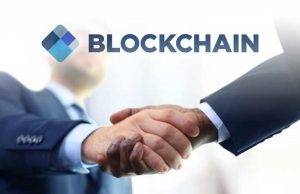 The cryptocurrency industry is moving towards lending as yet another native firm starts offering loans in cryptocurrencies. Blockchain.com announced on Thursday its plans to launch its crypto lending service that disbursed $120 million to institutions in November alone.

Blockchain.com remains one of the largest actors in the cryptocurrency industry acting as a custodian to over 43 million crypto wallets since launch in 2011. The latest development in crypto lending by the company is expected to promote further growth in the company the official announcement read.

“Institutions’ needs are evolving so fast that they’ve outgrown standard borrowing agreements. They need a partner who can lend at large scale and is willing to customize agreements that prioritize risk above revenue.”

The company looks to offer loans denominated in the top 20 largest cryptocurrencies including Bitcoin, Ether, XRP, TRON and NEO. The multimillion-dollar loan desk flourishes in times of a crypto lending doom hanging in the market.

Lending in the decentralized world on the rise

Blockchain.com’s latest venture overlaps with the growing demand in lending services offered by decentralized finance (DeFi) apps. Since July, the value of ETH locked in lending DeFi apps has been on a gradual rise, skyrocketing to all-time highs on Nov. 13 as MakerDAO, the top lending DeFi product, dominance grew to over 73%.

Binance, the world’s largest cryptocurrency exchange has too been adding crypto assets to its lending desk – EOS and LINK the latest on the platform. The leading institution in crypto lending remains Celsius Network that is reported to have crossed the $4 billion dollar mark in lending and $5 million in depositors’ interest.