Blockchain Battery Grids Are Powering Up at Lightning Speed

Blockchain Battery Grids Are Powering Up at Lightning Speed 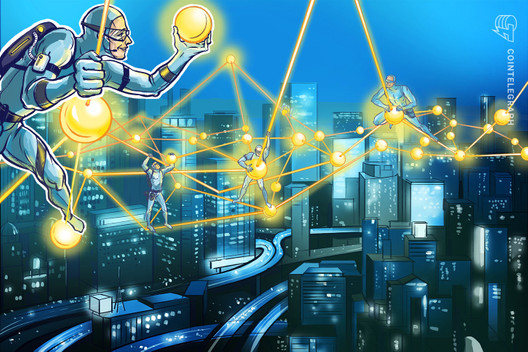 Equigy, a blockchain platform for managing batteries connected to the electric grid, is expanding its operations in the European Union.

Equigy, a blockchain platform for managing batteries connected to the electric grid, is expanding its operations in the European Union.

Equigy’s system is a free platform for registering and tracking energy transactions allowing home batteries and electric cats to sell electricity to the grid. Digital transformation lead at TenneT and co-founder and program director of Equigy René Kerkmeester told the outlet:

“We believe that by 2030 there will be sufficient EVs and home batteries in place to balance Europe’s grids to a large extent, if not completely.”

Digital transformation technology program manager at TenneT and Equigy technology leader, Martin Van’t Verlaat, explained that the firm decided to use blockchain technology because it allows the system to function without a centralized database. He continued:

“We could have used other technologies for this as there are just a few participants. But looking ahead we expect the energy market to become one big dynamic, decentralized system with many actors interacting at the different voltage levels and believe that blockchain is the technology that can grow toward this vision. […] It future-proofs us from an IT strategy perspective.”

Equigy decided to run its system on a private instance of the Hyperledger framework that is only accessible to local members of the energy industry. The platform is independently implemented by each TSO at a national level, as the application needs to take national circumstances into account.

Using blockchain technology to manage electricity distribution is not a new idea. In fact, blockchain-based digital payment project, Electroneum, recently announced that it will be launching an in-app electricity top-up feature across four African countries. Earlier this week, Cointelegraph also reported that Australian firm Power Ledger announced a partnership with a Thai digital firm to create a blockchain-based digital energy platform in the country.