Blockchain as an Infrastructure: A Deep Dive Into China’s DLT Strategy 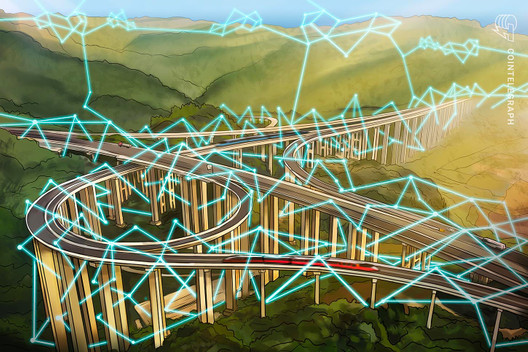 China is not playing catch-up, but rather exploring aggressively pragmatic ways to deploy a digital infrastructure for the whole economy with the blockchain tech implementation.

There is an old saying in China: “Building the road is the first step to becoming rich.” Asian countries use infrastructure to boost the economy, and China is probably the most aggressive one — its annual average infrastructure spending is one of the highest at 8.3% of its gross domestic product from 2010 to 2015, according to data from Statista.

In the last two decades, China has built the most highways and high-speed railways, and it has now decided to extend the infrastructure development to a digital dimension. China’s “new infrastructure” plan includes blockchain technology, 5G, artificial intelligence and cloud computing as the new information infrastructure.

China’s research and exploration of blockchain technology and digital currencies have a longer history than people think. It started in 2014 when China’s central bank formed a special study group to research the feasibility of issuing digital currencies.

It wasn’t until October 2019 that President Xi Jinping announced blockchain a core technology, bringing this national strategy to people’s attention. The subsequent rollout of digital currency/electronic payment, or DC/EP, trials and Blockchain-based Service Network is a sign that the strategy is gaining momentum.

Prior to blockchain technology, each participant in the network could only use their own database, and as the number of participants in the network increases, the validation of the data demand grows exponentially, leading to high cost and inefficiency.

If all the participants maintain one database together, the frequency and cost of interactions among participants can be greatly reduced. Blockchain technology is a tamper-proof, public database that has recorded all operations and data since day one. You can trust the history of transactions, basically the state of the ledger, without having to trust any particular actor to verify that information.

Using blockchain technology, we can create applications that could not have existed before. Satoshi Nakamoto used a blockchain to record a cash ledger, and thus Bitcoin (BTC) was born, which showed the immense potential of the technology.

However, China has its own vision of using this technology. It wants to use a blockchain to encourage data sharing, to make businesses more efficient and to establish better credit systems in various sectors — including the Internet of Things, supply chain management and government services.

Let’s take a look at the two major initiatives under such a vision.

The digital format of the Chinese national currency, or DC/EP, is an example that shows how China is using blockchain technology upon deliberate considerations.

“The primary purpose of introducing a central bank digital currency is to protect monetary sovereignty, out of concern that Bitcoin and other cryptocurrencies can have an impact on,” said Mu Changchun, the project lead of DC/EP, in a recent report. He continued:

“DC/EP will also improve the efficiency of the payment system and enhance the convenience of RMB payments.”

After reading all the existing materials, what caught my attention the most is that DC/EP is capable of:

Mu also said that after years of research on technical specs of blockchain technology, the policymaker came to a conclusion that blockchain tech, at its current stage, still has security issues and can’t handle the high concurrency for payment; therefore, the Chinese government does not use blockchain technology for the digital currency issuance.

The digital yuan adopts a two-layered system for issuance and distribution — the central bank issues DC/EP to banks or other financial institutions and then these institutions further distribute the digital currency to the public. While the issuance of DC/EP is centralized, the circulation could be based on traditional financial account systems or blockchains.

DC/EP transactions — that are not based on financial accounts — could go around the SWIFT system and more convenient for cross-border payments, said Zou Chuanwei, the chief economist at Wanxiang Blockchain, in a recent report. He stated:

As an example, he said that this explains why the People’s Bank of China had previously announced that the DC/EP pilot scenario included Winter Olympics venues. What if DC/EP transactions happen on public blockchains? It will help the yuan to internationalize.

To explore the possibilities of blockchain-based applications, China has invited banks, telecoms and internet companies that have filed the most blockchain patents in the world.

In areas where there is a high requirement for trustworthy information sharing and a low requirement for concurrencies, such as transaction settlement, trade finance or the transfer of property rights, blockchain technology is already being used widely, and the majority of blockchain applications are built on permission/consortium blockchains.

For example, Chinese banks have been exploring the use of blockchain technology in various segments since 2016. Some of the largest projects are:

The need for public blockchains

From the use cases above, it seems that enterprise blockchains can meet the requirements of the application scenarios in terms of performance and privacy and improve efficiency with cost reduction.

However, any new participant has to first have trust in the collective behavior of multiple participants in a permissionless blockchain and to be willing to join and collaborate.

If you want to broaden the boundaries of your application scenario and attract more participants, you will need to use open and permissionless blockchains, which can be freely accessed by the public, and, more importantly, it creates a consensus by all without the need to get permission to enter and exit.

While the current use cases in China have been on enterprise blockchains, they will eventually converge on the power of public, open blockchains, as the latter are a stronger form of technology.

Compared to enterprise blockchains, the permissionless blockchain is more like a borderless infrastructure and similar to the internet’s TCP/IP standard. The boundaries depend on network effects — the larger the network, the greater the value of the assets can be circulated in the network.

If a greater global consensus is to be achieved, it can only be achieved via public and open blockchain networks.

It seems China’s policymakers are clearly aware of this as well, and the technical design of BSN reflects this.

Led by the State Information Center, the China Mobile Communication Corporation and China Union Pay, the BSN aims to advocate the industry’s use of blockchain technology by lowering the technical difficulty and cost of deploying blockchain applications.

Ma Xiaojun, the chief architect behind BSN, stated in a recent interview:

“We hope to find and provide a low-cost deployment solution so that a large number of small and medium-sized enterprises, even students, including individuals can use blockchain technology for innovation and entrepreneurship, thereby promoting the rapid development and popularization of blockchain technology.”

BSN does the heavy lifting for developers, so they can plug in and play, deploying applications on blockchains at a cost as low as $150–$300 per year. Regardless of whether the underlying layer is heterogeneous or not, all application chains on BSN can interact with one another, resulting in a similar situation akin to communication on the internet.

As with any technology, affordability can meaningfully accelerate the adoption curve. BSN has the capacity to unlock the potential of blockchain technology.

In the pilot phase, BSN will roll out more than 120 public nodes across China and overseas. It is reported that hundreds of blockchain applications have been deployed within the BSN platform from beta to current commercial use — including public data security sharing services, intelligent sterilization supervision platforms, electronic contract management, government affairs depository, as well as commodity traceability. Ma believes that blockchain technology can be used in cross-border payments, letters of credit, payment clearing and other financial areas, as well as election voting, welfare lottery, public welfare. He said that the philanthropic utility sector may be the first to mature and make great use of blockchain technology.

In addition to various enterprise and public blockchain frameworks in the BSN is a strong strategic position. BSN will act as an abstract layer connecting permission blockchains with open and permissionless blockchains, of which are just two formats of using the technology, and together, they will weave an efficient and reliable network for the digital economy.

Jane Wu is the creator of RelayNode China, a newsletter focusing on China’s blockchain and cryptocurrency ecosystem.