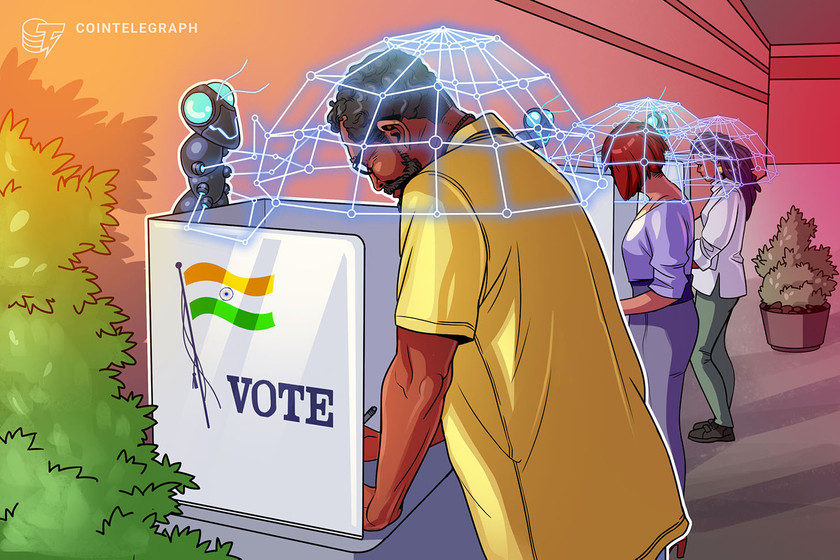 Trials of blockchain-aided voting in India which would enable voters to post ballots from outside their home provinces are to begin soon.

Chief Election Commissioner Sunil Arora said that research using the cutting edge technology had already started and that mock trials were to be launched in the very near future, as reported by The Wire.

India’s Election Commission worked alongside researchers from the Indian Institute of Technology Madras in creating a secure way to verify identities and enable voting from far-flung regions of the country, and beyond. On the same day, Arora confirmed a proposal that would give Indians living abroad the chance to engage in the voting process.

The blockchain aspect of the system would see personalized e-ballot papers generated by the blockchain once a voter’s identity has been verified. Subsequent votes are then encrypted, generating a blockchain hash, explained former Senior Deputy Election Commissioner, Sandeep Saxena.

“After a voter’s identity is established by the system, a blockchain-enabled personalised e-ballot paper will be generated. When the vote is cast, the ballot will be securely encrypted and a blockchain hashtag generated. This hashtag notification will be sent to various stakeholders, in this case the candidates and political parties.”

Saxena explained that the system isn’t designed to allow people to vote from home. Instead, they would still have to congregate at a designated polling area, just not the one in the polling region in which they’re registered.

Emphasizing the early stage at which the project still remained, Saxena said voters wishing to utilize this voting procedure would probably have to arrange it in advance.

On the other side of the world, the previous two elections in the United States of America were marred by unfounded accusations of voting manipulation, whether by Russian collusion or rigged vote counting. The rise of blockchain technology amid such furor has led some to suggest its ability to secure cryptocurrencies could also be applied to the election process.