Block.One to Launch Social Media Platform Ahead of Schedule 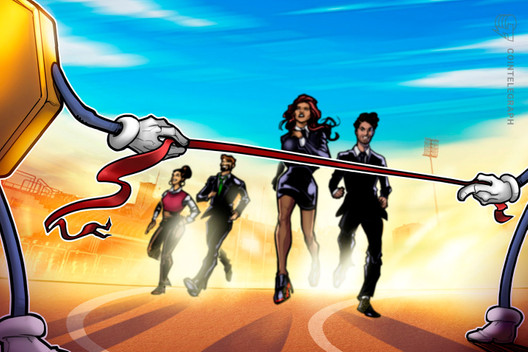 According to Voice CEO Salah Zalatimo, the platform has pivoted from an autumn launch date and will be available to readers on July 4.

Voice, the social media platform by EOS creator Block.One, announced that it will launch on July 4.

According to a Tweet posted by Voice Chief Executive Officer (CEO) Salah Zalatimo on June 6, the social media platform will be available to readers on U.S. Independence Day, with only registered users able to publish content or engage online.

“We had been building towards a big reveal this fall,” said Zalatimo, “but, we simply can’t wait any longer. We need to take social back from big tech NOW.”

The platform had been in beta testing since Feb. 14. The CEO said registration would remain on request until August 15, when Voice users can begin to invite friends.

Since the company responsible for the EOSIO protocol (EOS) announced it would be developing a blockchain-based social media platform in June 2019, Block.One has invested $100 million in cash and $50 million in intellectual property into Voice. In addition, the company purchased the domain name voice.com for $30 million.

Cointelegraph reported Block.One secured a patent for a blockchain-based bidding system for promotional exposure tied to popular social media posts. The patent is likely to be implemented on Voice.

However, despite being a cryptocurrency-powered platform, Voice has come under fire for privacy concerns. All members will have their identities verified, with some meta data used to “prevent and detect crime.”