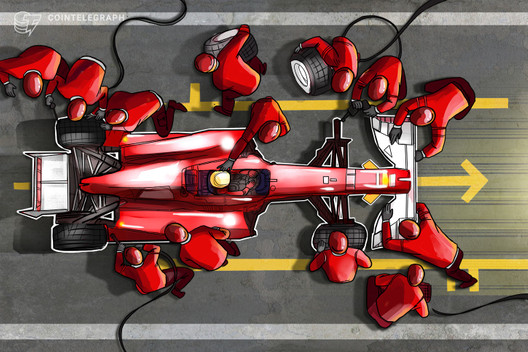 BitMex’s parent company has undergone a corporate restructuring to allow it to make investments in the digital currency space.

HDR Global Trading Limited, the firm behind veteran crypto derivatives platform BitMex, has undergone a corporate restructuring and will now be known as ‘100x Group.’

HDR announced the new holding structure on July 15, with the exchange now being owned by the Seychelles-based 100x Group. The announcement said the “new structure provides [the] group with more freedom to explore, incubate, and pursue new opportunities and investments.”

There are also suggestions the company may expand into other ventures beyond BitMex.

The 100x Group is led by HDR’s founders, Arthur Hayes, Ben Delo, and Sam Reed, and comprises more than 200 employees. The publicity bio for the new holding firm says that 100x Group “explores, incubates and pursues opportunities and investments, as part of its mission to reshape the modern digital financial system.”

“We are setting out to change the status quo and reshape the modern digital financial system into one which is more inclusive, and empowering.”

The restructure has seen Dr. David Wong appointed as 100x Group’s non-executive chairman, and he will be tasked with developing 100x’s long-term growth strategy.

“BitMEX remains central to the ongoing success of our business, and we will continue to invest in the platform to maintain and grow our leadership position,” said Wong.

The new chair added that 100x plans to “make a positive and long-lasting impact on the development of the digital financial ecosystem of the future,” hinting at plans to expand beyond operating BitMex.

Wong was appointed as HDR’s non-executive chairman on June 30 and previously held senior positions with Bank of China and ABN AMRO Bank.