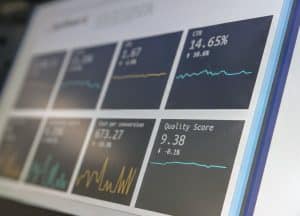 Prominent cryptocurrency exchange, BitMEX announced the launch of a BCHUSD quanto perpetual swap contract. The latest quanto contract is all set to roll out on 16 June 2020.

Perpetual swaps have garnered popularity in the crypto sphere as it has taken leaves out of the books of margin trading. However, “quanto” is a term unknown to many. Quanto is a variety of derivative, yet, “the underlying is denominated in one currency, but the instrument itself is settled in another currency at some rate.” Their capability to forfend the buyer from the variations of the exchange rate is a glimmering quotient.

In the first week of May 2020, BitMEX, one among the biggest derivative trading platforms in the world rolled out the ETHUSD quanto futures contract. Before this, in February 2020, the XRPUSD quanto swap contract was launched for the community. The BCHUSD quanto perpetual swap contract is the latest one to make its way into the industry.

Following the success of our other quanto contracts, we’ll be launching a BCHUSD quanto perpetual swap on 16 June. Please find details on our blog: https://t.co/HspDGRQeQq.
What product or feature would you like next? Vote on our Telegram Channel: https://t.co/W9CnyDdlds pic.twitter.com/1IWxFtp6Ag

“Together, these three new quanto contracts represent further diversification of trading opportunities for users as we continue to expand our innovative product range.”

Furthermore, a fixed Bitcoin multiplier of 0.000001 XBT (100 Satoshis) will be in place notwithstanding the rate of USD Bitcoin Cash as it would provide traders the option to long or short the BCH/USD exchange rate. Traders will be allowed to do so while leaving both the currencies untouched.

Pertinent details about the BCHUSD quanto perpetual swap contract were also highlighted by the exchange. The maker and taker fees stand at -0.025% and 0.075% respectively.  The Base Initial Margin was 4.00%, while the Base Maintainance Margin was 2.00%.

Albeit the contract is expected to go live on 16 June 2020, the blog post suggested,

BitMEX’s CEO and Co-founder, Arthur Hayes couldn’t seem to contain his exhilaration about the exchange’s latest integration as he tweeted,

While derivatives have gained immense traction across the crypto-verse, the quanto option is still in its nascent stage. BitMEX’s latest venture is speculated to give a push to quanto contracts.