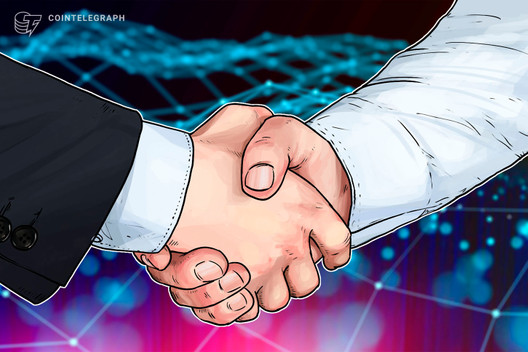 BitMEX parent company HDR Global and OKCoin are collaborating on a joint $150,000 grant for an independent Bitcoin developer.

OKCoin and HDR Global (the company that owns BitMEX) have partnered to provide a joint grant of $150,000 to Bitcoin (BTC) Core developer Amiti Uttarwar. This is the first time two competitor exchanges have come together to co-fund Bitcoin’s open source development.

The two exchanges have provided funding separately in the past with OKCoin providing grants to Fabian Jahr and BTCPay Server ($100,000) in February and May 2020, respectively. HDR has recently provided grants to the MIT DCI, Bitcoin Core maintainer Michael Ford ($150,000), and Bitcoin developer and researcher Gleb Naumenko ($100,000).

This joint move is in recognition that the entire blockchain industry is built on the work of open source development and both exchanges independently identified Uttarwar’s work as essential to the advancement of the Bitcoin Network.

OKCoin director of communications told Cointelegraph that Uttarwar was the person who brought the two exchanges together after they had both approached her:

“We both independently came to the idea of sponsoring Amiti’s work as part of our missions to support open source bitcoin development. Amiti informed us that we were both looking to support her, and we decided to match each other’s grant donation. SO it came together quite organically.”

Uttarwar, who previously worked for Coinbase and Xapo before focusing entirely on Bitcoin, explained her work is underlied by her passion about what Bitcoin can do for the future of human society:

“Bitcoin introduces a new trust model with an explicit set of rules that are open and available to everyone. Strangers can agree on what happened without having to trust one another. This potential can profoundly shift how we interact as humans and how we structure our societies. Ever since I fathomed the possibilities, I have been hooked.”

Her recent work revolves around Bitcoin’s P2P layer specifically in relation to how node’s reveal sensitive information. OKCoin CEO Hong Fang explained that they selected Uttarwar based on her recent work:

“Amiti’s work focuses on critical components of Bitcoin Core, making the codebase more secure for everyone sending transactions and building upon Satoshi’s vision of a secure and private P2P electronic cash system.”

Investing in the future

Fang also explained that he sees supporting independent developers as a priority in contributing to the long term success of the Bitcoin network:

“This is a small but important step to incentivize open-source development and attract more developers into our industry.”

Uttarwar explained she will continue to focus on the P2P layer of Bitcoin with the grant that will be paid out monthly over a 12 month period, and there is still a long way to go:

“There are only 30–40 people who contribute to Bitcoin Core full time. Contrast this with the fact that as an industry, we are trying to build a fully functional global currency. We have a long way to go. With this grant, I plan to continue my efforts to make Bitcoin core more reliable, private, and understandable.”