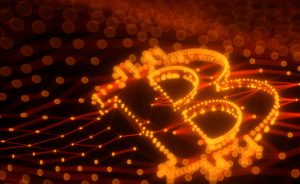 Since hitting a yearly high of $366 billion in market capitalization in mid-July this year, the total crypto cap has dwindled to lows last witnessed in April, as a bloodbath ensues. The total crypto cap dropped below $200 billion for the first time in eight months as Bitcoin and Ether led the bearish movement.

The top two cryptocurrencies have each seen prices plummet by double digits with Bitcoin (BTC) and Ethereum (ETH) recording 10.19% and 12.30% losses against the dollar in the past 24 hours.

Crypto market cap drops by $45 billion in a week

Despite recording the highest closing volume in the past week, the crypto market cap has seen a seven day consecutive drop in value to stand at the current value of $195.77 bn USD. Over $45 billion USD is lost in market value in the past week painting a terrifying future for bitcoin and crypto perma bulls in the short term.

Bitcoin led the major drop in value as it traded below $7,000 USD for a short period before climbing to $7,100, as at time of writing. A number of factors are said to have caused the rapid fall in BTC’s price, including PBoC calling for tighter restrictions to crypto trading, a death cross forming on the technical charts and an overall lack of interest from both institutional and retail buyers.

Ethereum, the second-largest blockchain in market capitalization has not performed any better in the past 24 hours as bears took control of the market to push the price below $150 USD. The coin currently trades at $149.94, registering a total market cap of $16.3 billion USD.

The sharp fall in the crypto market cap is a factor of the massive dip in BTC’s price that saw close to $130 million USD in XBT long contract liquidated.

It’s always a fun time on exchanges during the wild volatile swings such as the drop to $6,957 at around 1300 hrs on Nov.22 as BitMEX’s XBT longs saw massive liquidation. According to data on Datamish, $66.7 million XBT long contracts were liquidated on the exchange following the massive dip in price with a total of $128.5 million XBT longs liquidated on Nov. 22 so far.

A total of $142 million XBT contracts liquidated in the past 24 hours on the exchange as trading volume across the market improves.