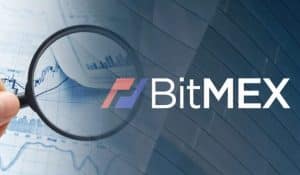 The BitMEX insurance fund is a collection by the exchange to allow an instant settlement of unfilled liquidation orders. The crypto derivatives exchange does not require traders with negative balances to immediately pay up once their leveraged trade is liquidated on the platform.

Here is where the exchange insurance fund comes into play – the insurance fund is used to pay off the winning trade instantly ensuring the profit is paid to the trader. Once the liquidated (negative) trader pays up, the money is sent back to the fund. If not paid, then the insurance fund will have played its role in ensuring all profits are paid out.

The fund started slightly higher than 20,700 BTC in 2019 and has since seen a mammoth growth of over 84% during the year. Despite the sustained growth in BTC stored in the insurance fund, the fund has seen a drop in value terms, dropping from around $311 million USD in August to a current USD value of $216 million.

On Nov. 25, close to $60 million worth of XBT contracts have so far been liquidated on BitMEX, long contracts having the bulk of the liquidations at $56.9 million, and $2.2 million short positions liquidated.