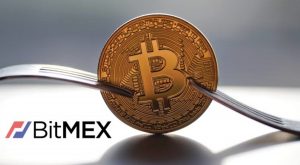 BitMEX exchange released its final statement on the upcoming Bitcoin halving, the troubles that may face miners, and the implication it has to its users.

Less than 500 blocks are remaining before Bitcoin’s third halving and the community is showing impatience on what will happen post halving. Despite it being four years since the last halving in 2016, and price having soared by 1500%, the current sentiments and questions arising from the blockchain community are not that different.

Concerns on the effect of the halving range from miners’ survival, hash rate, transaction fees among other on-chain fundamentals. However, the current state of the global economy due to the COVID-19 lockdown pressures gives this halving a different angle to the previous halving events.

One of the major talking points remains miners’ survival rate post-halving as the incentives are cut in half assuming BTC remains at current levels. With smaller miners expected to shut down, the hash rate, in turn, will be affected in the short term – currently the hash rate is at yearly highs of 120-125 Eh/s. Research published by BitMEX estimates the figure of the hash rate drop to be between 30% and 35%.

“Given the likely hash rate decline post halving, at least for the first few weeks, users may see some delays to transaction times, and a subsequent increase in network fees for withdrawals.”