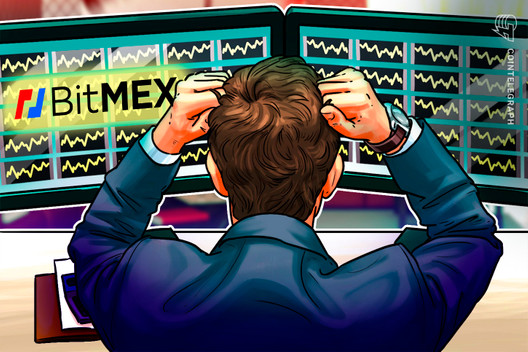 Major Bitcoin (BTC) derivatives exchange BitMEX went offline earlier on May 19, citing trading engine failure. The platform was inaccessible for a brief time, and is currently back online as of press time.

“The BitMEX Trading Engine is currently down,” the company tweeted around 12:45 UTC time.

Around 25 minutes after the initial announcement, Bitmex released an update, claiming that “all funds are safe, delayed orders will be rejected, and no liquidations will occur during downtime.”

BitMEX went back online around 13:30 UTC time, initially in cancel only mode, meaning that no new orders could be placed at the time. Around 13:40 UTC, BitMEX announced via its Telegram channel that trading was resumed.

The outage occurred shortly after BitMEX was hit with a major lawsuit, which was filed by BMA LLC in the United States District Court for the Northern District of California on May 16.