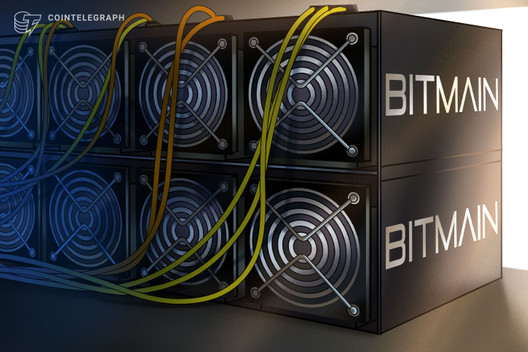 According to a June 1 announcement, Bitmain’s new Antminer T19 features a SHA256 hash rate of 84 terahash/second with a 3% error margin and a power efficiency of 37.5 joules/terahash with a 5% error margin.

The new ASIC model will be sold on the producer’s official website starting today and shipments will start between June 21 and 30.

The chips used in the new device are the same as those featured in the Antminer S19 and S19 Pro, but it also uses the new APW12 power supply and an upgraded firmware. Those changes reportedly allow for faster start-up speeds for an optimized mining experience.

Riccardo Mori, the manager of a small scale mining operation in Venezuela, told Cointelegraph that the T19 is a major improvement over the T17 and its introduction will probably increase Bitcoin’s hashrate. He also believes the introduction the new hardware will help Bitcoin’s network gain hashrate once again:

“With the introduction of the T19 we can expect the network hashrate to substantially rise and consequently the mining difficulty to rise as well. This will lower the profitability and extend the expected ROI time once again.”

“I have never seen such defective production before.”

Shortly after the early-May critiques, Bitmain confirmed that many ASIC units of the series had major problems. A  spokesperson told Cointelegraph that the company was already in talks with customers who encountered the issues.