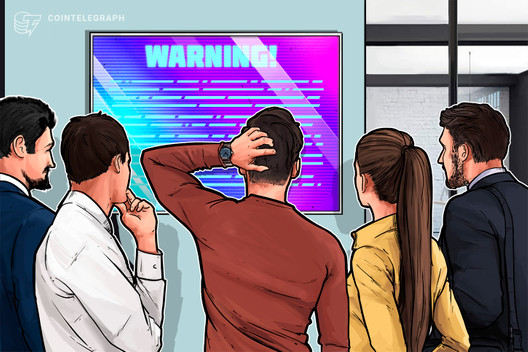 The Bitgrin (XBG) network appears to have minted billions of tokens, despite a declared max supply limit of 21 million XBG.

On June 4, leading cryptocurrency information website CoinMarketCap warned its followers about the anomaly on Twitter. The announcement reads:

“Alert Issued: We have received reports that billions of XBG were minted despite having a max supply of 21M.”

The alert is now also featured on CoinMarketCap’s dedicated BitGrin page. Interestingly, the page also notes that the coin was “launched on 31 Jan 2019 by an anonymous team of developers”. Market data shows that it appreciated by about 11.5% over the past 24 hours.

As of press time it is unknown whether Bitgrin’s network was hacked, the developers issued more coins than they promised, or if CoinMarketCap’s information is simply just wrong. Cointelegraph has reached out to the project’s developers, but did not receive an immediate answer by press time. This story will be updated accordingly should a response arrive.