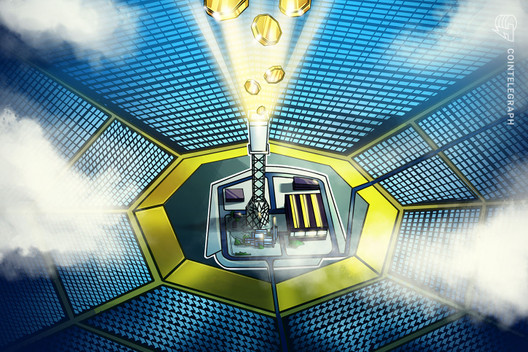 Bitfury is opening the company up to institutional investment, which it says will help family offices and others to diversify their holdings with Bitcoin mining.

Bitfury, a mining company established in 2011, announced a partnership program on May 26 that lets institutions invest in Bitcoin (BTC) mining.

The program will help family offices and other institutional funds diversify their portfolios into digital asset infrastructure. Bitfury says this was previously an arduous task for these investors.

Investment will be possible in data centers in North America and other unspecified regions through custom-tailored investment solutions. These may include direct investment and engagement through private equity in joint ventures, though the company declined to go into detail on how the arrangements would work.

Bitfury will manage all aspects of the operation, including site sourcing, equipment procurement and maintenance. The company claims to be using the most advanced equipment for mining, and it owns subsidiaries developing cooling and microchip solutions that serve its mining installations.

Its data centers are located in Canada, Norway, Iceland and Central Asia, having access to electricity prices of “$0.03 per KWh and lower.”

Investing in Bitcoin mining companies lets institutions gain exposure to the crypto market by owning a stake in a traditional company, without worrying about crypto custody. The company’s fortunes will strongly depend on the trend of the cryptocurrency market, while still having clearly definable valuation metrics.

Institutional investors have already been involved in mining — Cointelegraph reported in April on an investment made in exchange for a promise of hashpower.

Chinese mining equipment manufacturer Canaan offered an alternative avenue for Bitcoin exposure through its initial public offering on Nasdaq. But legal issues surrounding the IPO likely made it a less than desirable hedge. Its stock price lost slightly more than one-third of its starting value in late 2019.

The mining company said in March that it started contributing to COVID-19 research by diverting some of its GPU calculating power to those efforts. The company also joined a forest preservation effort in Kazakhstan in January.