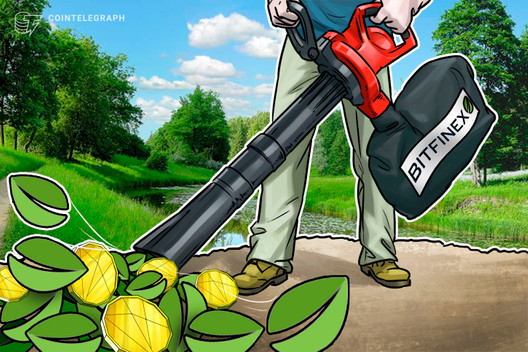 Bitfinex has uploaded the code for a crypto-powered open-source P2P data streaming protocol to GitHub.

Veteran cryptocurrency exchange Bitfinex has announced an open-source peer-to-peer data streaming platform that will allow users to share media across a decentralized network.

The code for Bitfinex’s “Dazaar” protocol has been uploaded to GitHub, describing a decentralized network in which distributed node operators store the information shared among users.

In an announcement, Bitfinex states that the platform’s creation was motivated by the increasing reliance on centralized platforms such as search engines, social media, and messaging apps to facilitate the sharing of data and media.

Bitfinex describes the Dazaar platform as a crypto-powered protocol for monetized data streaming.

The platform was developed as an extension to the Massachusetts Institute of Technology-licensed Hypercore Protocol — a “distributed append-only log” characterized as comprising a “lightweight blockchain crossed with BitTorrent.”

Buyers and sellers connect over the platform via a cryptographic identifier or “Dazaar Card,” with sellers able to purchase streams using crypto assets or credit cards.

The protocol also features a live-streaming desktop application that allows sellers to manage subscriptions and broadcasts.

In May, Cointelegraph reported that the crypto-powered Esports streaming app Theta.tv would be integrated onto 75 million Samsung devices worldwide. Hype for Theta’s May 27 2.0 launch drove the prices of its tokens up more than 1,000% since the Black Thursday crash during mid-March.

In April, Tron partnered with gaming platform Refereum to offer rewards in the form of Tron (TRX) or BitTorrent (BTT) tokens to streamers and gamers.

Despite the competition, Bitfinex believes that Dazaar can reach new users by offering fiat on-ramps and robust user privacy, asserting that the protocol will “introduce those unfamiliar to the world of cryptocurrency at the same time as it removes a barrier to entry which requires users to only use a project’s platform token for payments.”