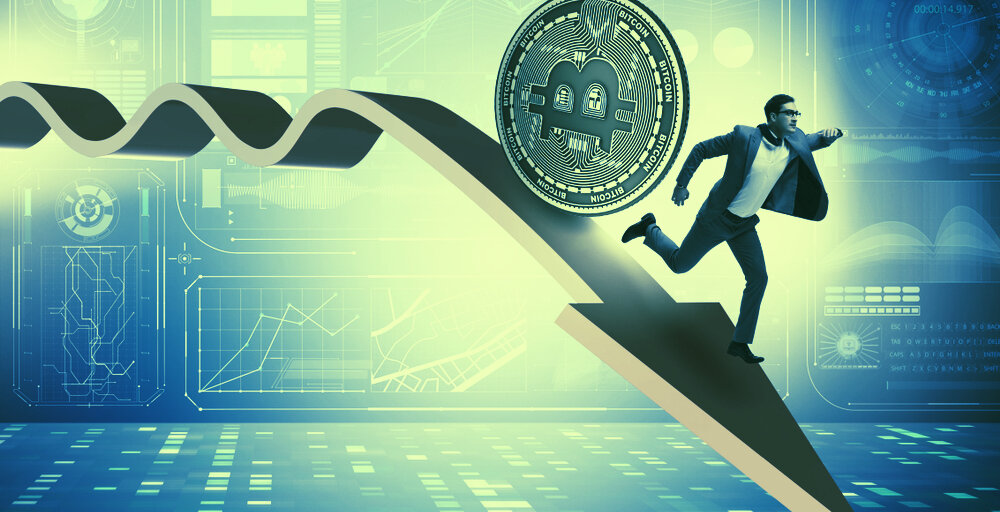 Bitcoin’s realized volatility has reached levels as high as March 2020, the month in which Bitcoin crashed due to COVID-19, according to data from analytics company Skew.

‘Realized volatility’ refers to the average fluctuation of a coin’s price over a 30-day period. Skew measures volatility by working out the standard deviation in the price of Bitcoin over time.

In the past month, the figure touched 103%, the company’s data showed. This means that in the past 30 days, the price of Bitcoin deviated from its average price by 103%.

Contributing to this over the past month are the sudden peaks and troughs of Bitcoin’s price. A huge sell-off on January 11, caused Bitcoin to suffer its largest daily price drop, and in the weeks prior to the Bitcoin hit $41,000, its highest price ever.

Although the volatility figures are similar to those of last March, when Bitcoin crashed once the pandemic kicked into gear (just like everything else), the main difference is we’re in a bull run.

During bull runs, price fluctuations are more common as investors cash out at different points. Pedro Febrero, an analyst at Quantum Economics, told Decrypt: “The more volatility the price has, the greater the magnitude of the change in the prices of bitcoin. During bull runs, this is to be expected.”

What comes down…can go up

Despite Bitcoin’s volatility, it has outperformed other assets—such as gold—in the past year.

And over the past year, Bitcoin and other cryptocurrencies are up and performing better than traditional investments.

One anonymous investor tracked ten cryptocurrencies over the course of 2020 and found that they performed over eight times better than the US stock market: his $1000 crypto investment grew 139%, while the S&P 500 was up 16%.