Bitcoin’s Short-Term Breakout Could Lead to a Bounce

On June 29, the Bitcoin (BTC) price broke out from a short-term descending resistance line. This could have been the beginning of an upward move that takes the price towards $9,300-$9,400.

However, the longer-term outlook is still bearish, and BTC is expected to eventually decrease towards the range low.

Furthermore, the price has yet to validate the resistance line it just broke out from. The customary movement would be a re-test of this line followed by an increase towards the 0.5-0.618 Fib levels of the entire previous decrease between $9,300-$9,400.

As long as the price is trading above the aforementioned $9,050 minor support area, BTC is expected to move upwards towards the range highs.

While the short-term pattern is not confirmed, it is possible that BTC is trading inside an ascending wedge with a very steep ascending support line.

If the resistance line is confirmed, the price should reach this $9,300 area later tonight or early in the morning tomorrow.

The daily chart provides a bearish picture. Firstly, there is the $9,300 level, below which BTC did not close since May 24. While it made several closes very near this level in the period between June 11-24, it was ultimately successful in initiating bounces and moving upwards.

However, the price reached a close below this level on June 25, and continued moving lower to the point of losing the support of the  50-day moving average (MA). At the time of writing, this same MA was acting as resistance.

Therefore, while BTC could bounce upwards, and potentially validate the 20-day MA (orange), it is expected to fall towards the range low around $8,500, where it should find stronger support. 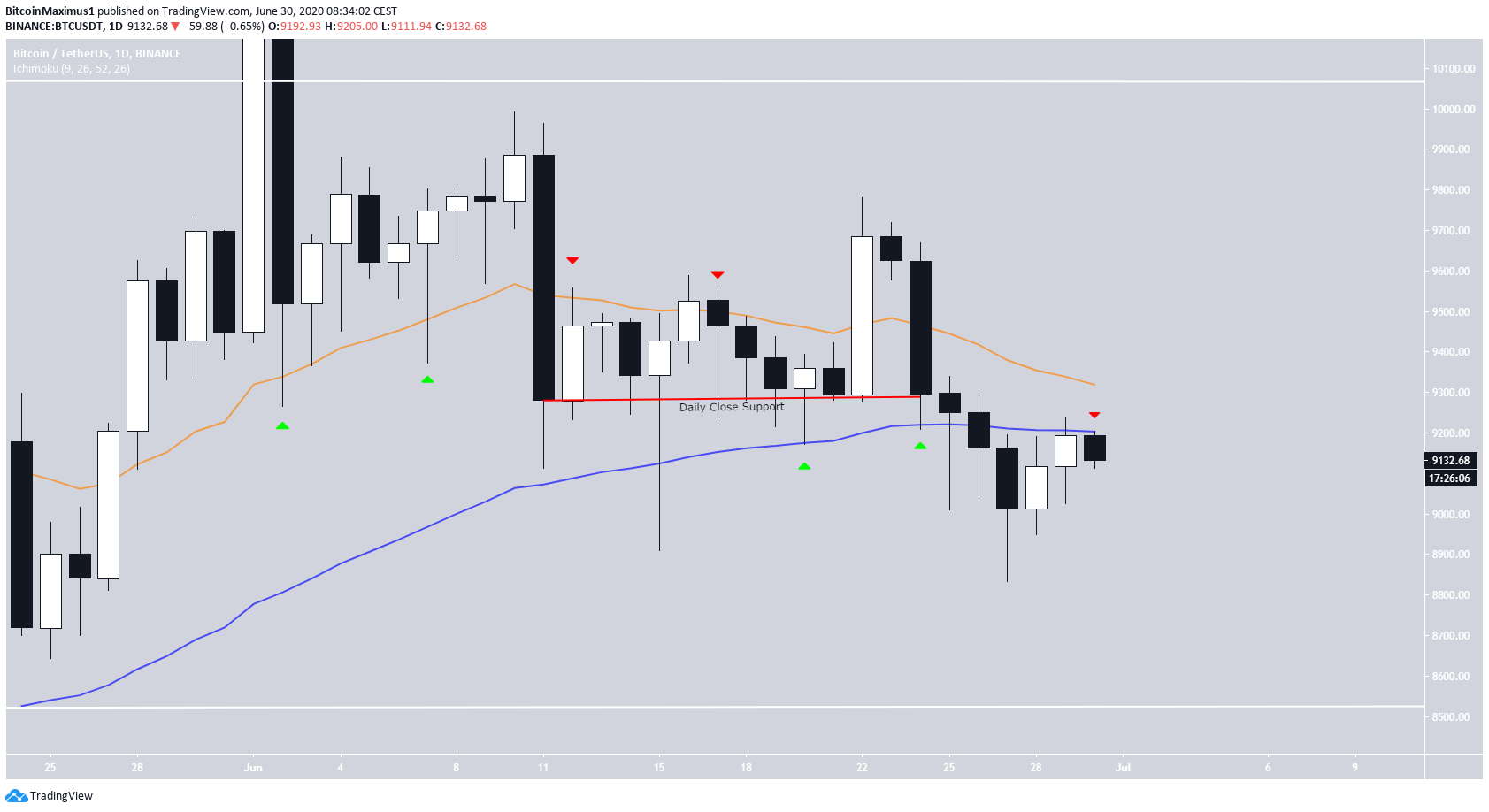 To conclude, a short-term bounce is expected for the BTC price, before it ultimately falls towards the range low at $8,500.

The post Bitcoin’s Short-Term Breakout Could Lead to a Bounce appeared first on BeInCrypto.