Bitcoin's price ticks up, heading back towards $10,000 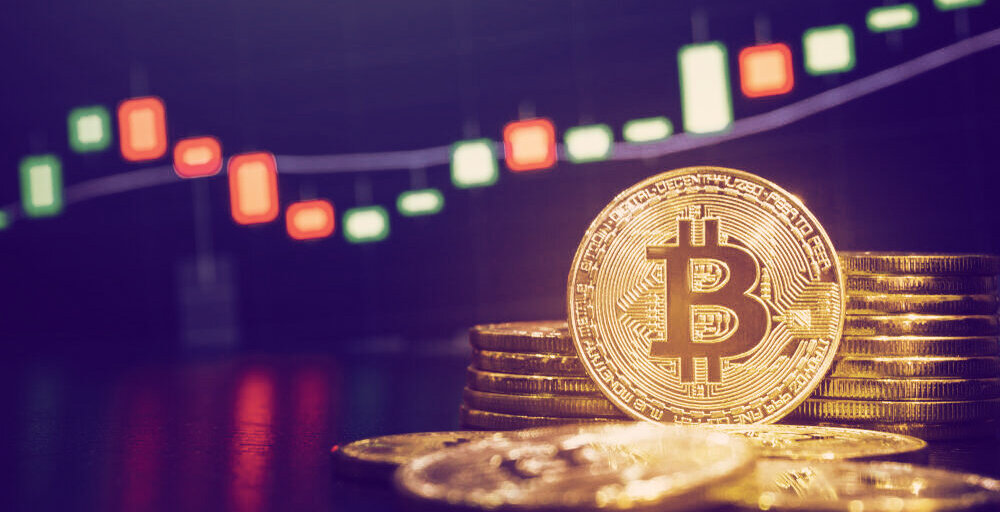 Despite suffering a dramatic rejection at the $10,000 threshold just yesterday, Bitcoin (BTC) is back on the uptick and is now trading at above $9,600.

Bitcoin plummeted below $9,500 yesterday as a sudden market sell-off tanked the price from $10,140 down to a low of $9,475 in five minutes. This was the third time this year that Bitcoin has been rejected at or above the $10,000 region—the first occurring back in February, whereas a second, less dramatic rejection was seen in mid-May.

The cryptocurrency has since recouped some of its earlier losses and is now hovering between $9,580 and $9,620. At this price point, Bitcoin is now up 4.5% week-on-week and 7.7% in a month, indicating its three-month-long bullish stride isn’t over yet. Although Bitcoin has seen its market dominance gradually chipped away at in the last week, falling from a peak of more than 66% down to under 65% today as altcoins have put on a strong performance.

Huge sell-off crashes the price of Bitcoin below $10,000

Although Bitcoin has generally been on the uptick for the last month, its volatility has also spiked at the same time. According to Buy Bitcoin Worldwide’s Bitcoin volatility index, the 30-day average volatility for Bitcoin has spiked to more than 3.8%—up more than 10% in a month. This is unsurprising considering it dropped seven percent in a matter of minutes yesterday. While these levels of volatility might be useful for traders, retail investors may be put off by the erratic price swings.

Bitcoin’s average 24-hour trading volume has also slipped in the last month, falling by almost a third in this time. This could be a roadblock for further growth if buy volumes are insufficient to hold Bitcoin above key resistance zones like $10,000. It looks like this isn’t the last time we’ll see Bitcoin below $10,000.