Bitcoin’s price hasn’t been this stable since 2018. Who's worried? 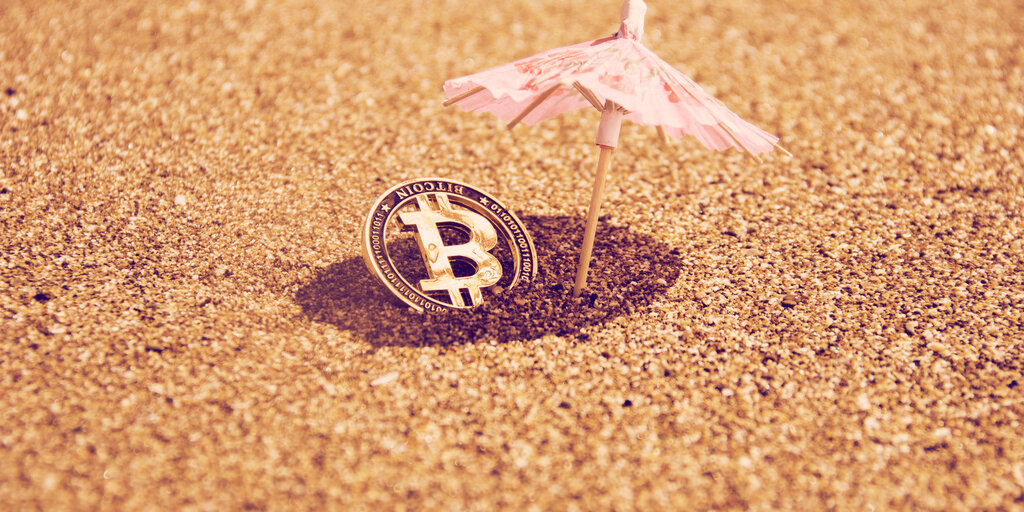 Bitcoin, the first and largest cryptocurrency by market cap, appears to be in a period of relative quiescence—unusual for a coin famed for its volatility.

Traders have no doubt looked at recent Bitcoin price charts with unfathomable boredom. Since June 1, the price of Bitcoin hasn’t budged much at all. Back then, it was worth $9,519. Now, it’s worth $9,355, according to data from metrics site CoinMarketCap.

Per Skew Analytics, this is Bitcoin’s quietest stretch since November 2018. That was the calm before the storm; in the months after, Bitcoin’s volatility spiked—and in the wrong direction that hodlers hoped, with Bitcoin’s price crashing by nearly 50%.

It means bitcoin moved less than 1% up or down on average over the last ten days.

At least there was action.

Compare current volatility to the rest of 2020 and Bitcoin’s past two months seem positively dull.

In mid-March, Bitcoin fell by around 40% in a matter of days after global markets tumbled amid pandemic-fueled uncertainty.

Bitcoin quickly recovered and has been on a steady upward trend ever since its crash—minus a couple of blips. Since May, it has dithered between $9,000 and $10,000.

Amid a global pandemic, its stability is remarkable.

Changpeng Zhao, CEO of crypto exchange Binance, expressed the sentiment to Bloomberg in an interview yesterday. “For the last little while, Bitcoin has been really stable,” he said. “People have been calling [Bitcoin] a stablecoin now,” Zhao joked (we think).

For some, Bitcoin’s stability is no relief; it’s a frustration. Bitcoin has yet to truly break through the illustrious $10,000 price point. That’s the price point that Bitcoin had been at just before the coronavirus crash.

Though Bitcoin’s stability is bad news for speculators, Nic Carter, a partner of crypto VC fund Castle Island Ventures, thinks that it could help the coin find its place in commerce.

“Nice! Just as I intended. Now just use it for commerce on the internet. That’s what it’s for. Haha what? You expected it to go up forever? You know that’s impossible, right?”

– Satoshi, sipping on a pina colada in Bali

Imagining what Bitcoin’s creator, Satoshi Nakamoto, would say from a beach in Bali if Bitcoin remained at its current price for the next 10 years, Carter tweeted: “Nice! Just as I intended. Now just use it for commerce on the internet.”

“That’s what it’s for. Haha what? You expected it to go up forever? You know that’s impossible, right?” Carter joked (we think).