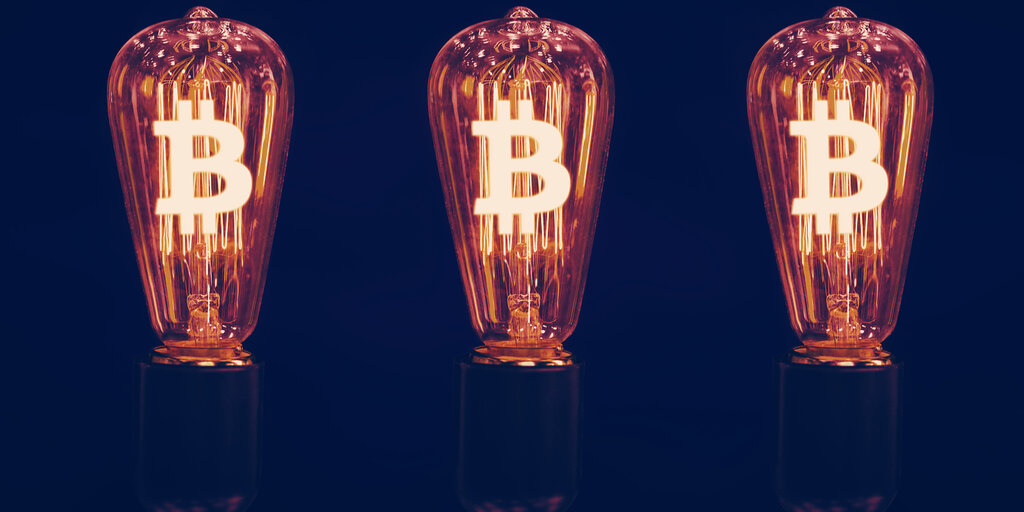 Bitcoin’s estimated energy consumption and environmental impact—due to the heavy power demands of mining rigs—grew and grew until May’s halving event, at which point it fell off a cliff as mining rewards were slashed in half.

It wasn’t long before those estimates started ticking upwards again, and this month they hit levels unseen since March.

According to Digiconomist, which tracks the estimated total power consumption of the entire Bitcoin network, Bitcoin is currently estimated to use 67.927 terawatt-hours (TWh) per year, as of Thursday. That’s down slightly from the recent peak of 68.916 TWh set on September 4.

That recent peak was the highest since May 11, the day of the halving, and is close to the numbers seen in mid-March. Then, the estimated consumption had sharply dropped due to Bitcoin’s COVID-19 crash. but it grew ahead of the halving. This month’s peak is also a more than 12% increase from this time in July.

Meanwhile, the minimum estimated total Bitcoin power consumption hit a recent peak of 54.853TWh on September 2, which is the highest figure recorded since November 2018. It’s down slightly over the last week-plus, landing at 50.715TWh on Thursday.

Digiconomist estimates Bitcoin’s carbon footprint to be 32.27 Mt CO2, or comparable to that of Azerbaijan, with e-waste generation comparable to Luxembourg at 10.81 kt.

Meanwhile, a single Bitcoin transaction is estimated to have the same carbon footprint as 709,007 VISA transactions or watching 47,267 hours of YouTube videos, or the power consumption of an average American household over 20 days.

These are only estimates, mind you, and there is some debate over whether they take into consideration more efficient modern mining operations. However, an August report from Energy Research & Social Science, authored by Alex de Vries, the creator of Digiconomist, suggests that estimates of Bitcoin’s energy consumption may actually be significantly underestimated.

That journal article, for example, “conservatively” estimated the total Bitcoin network energy consumption at 87.1TWh as of September 30, 2019, while Digiconomist lists an estimate of 73.21TWh for the same date.