Bitcoin up, stocks down on week as economic outlook remains grim 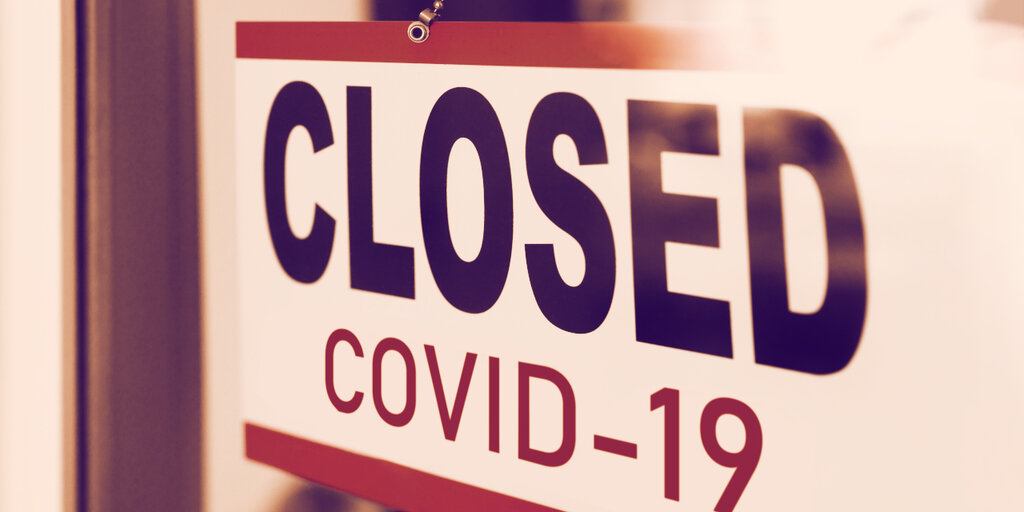 It was the week of the great decoupling, as Bitcoin finally broke its correlation with the stock market—one that some analysts and traders say never really existed in the first place. While crypto has seen considerable gains this week, the stock market continues to fall on warnings that the US economy may recover from the coronavirus pandemic slower than anticipated.

Bitcoin found itself flirting with $10K per coin once again in the lead up to the third Bitcoin halving, a once-in-four-years event that cuts mining rewards in half, limiting supply and reducing inflation.

But, on the day of the halving, the price of Bitcoin dumped all the way down to the mid-$8,000 range, a sign of nervousness in the market over the event. (Ethereum likewise dropped down to $185 per token.)

Since then, however, Bitcoin and the rest of the crypto market has come roaring back. While BTC may be down today by around 5%, Bitcoin has gained more than 10% on the week and is now trading for around $9,300. All in all, market capitalization for all cryptocurrencies has gained close to 8% and now sits at $253 billion.

Bitcoin was tracking the stock market. Not anymore

Meanwhile, stocks have seen consistent days of negative trading since the beginning of the week. The Dow Jones Industrial Average (DJIA) fell by more than 500 points on Wednesday, while the S&P fell close to 2%. While the Dow closed today up by 60 points, it ended the week down more than 2%. It was the worst trading week for the Dow in nearly two months.

Likewise, the S&P isn’t faring much better, closing today at 2,863 points and down close to 2% on the week as well.

Markets appear to have reacted to the news of poor retail sales in April, which were far worse than predicted. A government report suggests that April retail sales were down more than 16%—far worse than the 12.3% percent initially predicted by Dow economists.

The coronavirus pandemic has caused overall spending to shrink, with the clothing industry taking the biggest hit. Sales of clothing fell by more than 78%, while electronics were next in line with a 60% drop in sales. Restaurant revenue has dropped by close to 30%.

Negative interest rates: Banks are coming for your money

It doesn’t look like the US is out of the woods just yet in terms of an economic recovery, despite the optimism that had been shown by authorities last month. Earlier this week, Federal Reserve Chair Jerome Powell expressed concern that the country’s comeback from the pandemic may be slower than expected. He said “additional measures” may be needed to prevent the US from entering a “prolonged recession,” though he assured that the Fed is not looking to adopt negative interest rates.

Congress appears to be even more bullish on the need for additional aid, as House Democrats unveiled a new $3 trillion relief bill last Tuesday designed to resuscitate the economy. Senate Republicans, however, are expected to oppose the bill to avoid additional spending.