Bitcoin Transaction Fees Went Up By 10% Post Halving , Here’s Why And How It Will Impact Bitcoin Miners? 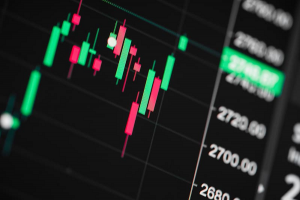 On May 12, right after halving, bitcoin miners reported fees required to move value using Bitcoin from one address to another temporarily spiked by 10.59 percent. The Bitcoin network, as programmed, halved its bitcoin miner rewards from 12.5 BTC to 6.25 BTC as the platform gradually shifts from a reward-based system to a transaction-fee model into the fourth epoch.

Meanwhile, it will be more difficult (takes more work) for new Bitcoins to be released into the ecosystem meaning scarcity will increase, a net positive for the BTC price.

The share of fees of miner revenue surged to more than 10% yesterday after the halving. This is the highest daily amount since early June 2019. pic.twitter.com/61PLuHgDph

The Bitcoin network has several properties like censorship resistance, autonomy, and transaction immutability.Nodes, distributed all over the world, guarantee every transaction posted on the network. This is the network’s main value proposition over banks and traditional financial system which is centralized and expensive.

However, since these nodes, some of who are miners confirming the validity of each transaction, spend resources to maintain the network, there is an incentivisation model in place where for each block that is added to the blockchain, a winning pool—a group of bitcoin miners, receives 6.25 BTC worth over $56,000 at spot rates and a transaction fees associated with that block.

This amount is distributed to all bitcoin miners and keeps them in operation whenever they liquidate these holdings to cater for expenses.

Shift To a Transaction-based Model For Bitcoin Miners

Notably, and as expected, the fourth Bitcoin epoch was marked by a sharp spike in transaction fees.

The halving is necessary to building network effects. I gave you an explanation.

It rewards early miners. As the network builds transaction fees grow.
Miners are necessary confirming transactions along with users validating them with nodes, confirming their validity

In the last month, the average cost of transacting over Bitcoin surged from $0.39 on April 12 to $3.19 on May 8 before dropping to $2.79 on May 12 according to statistics from BitInfoCharts.

Another explanation to the temporary increase of average fees was the race for users to have their transactions posted at block 630,000, the last block transiting block into the fourth epoch.

Further, since the primary source of revenue halved, the short-term percentage share of fees would only edge higher—if not double.

Source: Coin GApe Bitcoin Transaction Fees Went Up By 10% Post Halving , Here’s Why And How It Will Impact Bitcoin Miners?