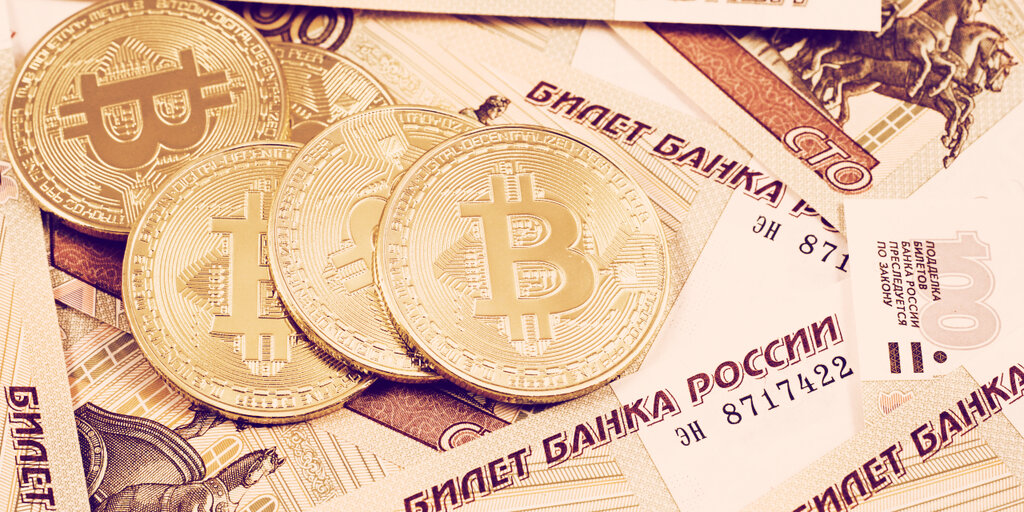 Bitcoin trading is alive and well in Russia.

For years, traders and crypto enthusiasts in Russia have had to deal with the regulatory uncertainty and conflicting statements from the nation’s lawmakers.

Yet, despite these problems, Bitcoin trading has not only survived in Russia—it’s growing, according to data from peer-to-peer Bitcoin exchange Paxful. Over the last year, the firm reports a 350% increase in usage of its platform in the Eastern European nation.

Ever since the start of the coronavirus pandemic outbreak in March, Paxful has experienced month over month all-time highs in new user registrations on its exchange, the company said in a statement.

What’s more, beyond COVID-19 and the ensuing economic turmoil around the world, a recent legal clarification that favored Bitcoin hodlers and traders in Russia may set the stage for even more activity in the region.

On July 24, and after several months of discussion, the Russian Duma finally passed the new “Law on Financial Assets.” The law ruled out criminalizing cryptocurrency, which some industry observers expected, giving cryptos legal status but banning their use in commerce as payment solutions.

“Crisis aside, Russia has always had a monolithic banking system that is dominated by a few players, and the sentiment we get is that Russians are increasingly looking to find alternative ways to grow their earnings and participate in the financial markets,” said Anton Kozlov, Paxful’s Manager for the Russian market, in a statement.

“Bitcoin within the P2P context allows them much more freedom to do so—and our data is proving it,” he said.

Paxful’s growth is a sign of its emerging status in the P2P scene, but it still has a ways to go before catching up to the market leader in the region, LocalBitcoins. Russia is the largest peer-to-peer Bitcoin trading market in Europe, but almost all volume moves through LocalBitcoins.

According to data from Useful Tulips, while Paxful closed the month with just under half a million dollars in trading volume, Finland’s LocalBitcoins recorded over $31 million.

The gap may be large, but it’s not impossible for the US-based platform to close. Paxful has already established itself as the P2P platform of choice in Africa, and is rapidly closing in on LocalBitcoins in Latin America.